Written by Catherine Hanly
Created: 15 May 2019 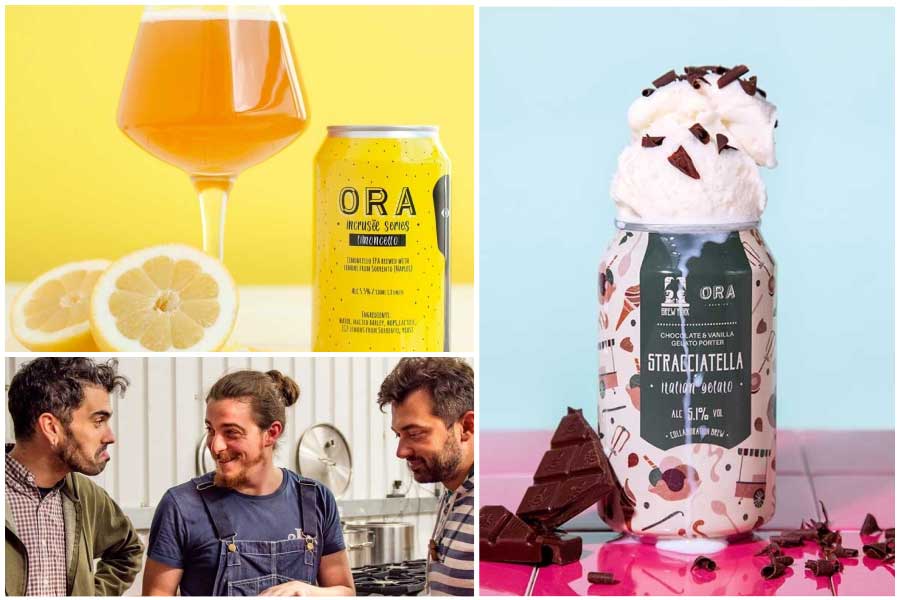 Tottenham's food and drink scene just got another leg up with the arrival of ORA Brewing on the scene. The team began home brewing in Modena and then moved to London last year, starting under the arches in Bermondsey. Now they've taken over the Brewheadz space on the Rosebery Industrial Estate.

What this means, in particular, to local folk and travelling beer lovers is that they'll be opening the taproom there every Saturday to allow you to sample their wares.

"Our beers are quite funky," co-founder Dan explains. "We define ourselves as an independent brewery dedicated to creating beers that marry the finest Italian ingredients with contemporary beer styles." In practice, that means beers like Balsamic - a milk stout brewed with 10 years wooden barrel-aged balsamic vinegar, or a Limoncello IPA brewed with lemons from Sorrento. They also do a less out-there American brown ale, a Pilsner and a Session IPA too.

In addition to the beer on offer, they'll be rotating the food offering on a weekly basis, working with local traders from north London. So far they've had Ugly Dumplings, Vegalicious, and this coming weekend they'll be featuring gourmet Italian food from the Tozi gorgonzola bar in Farringdon.

Where is it? Unit 16a, Rosebery Industrial Park, London N17 9SR

When? The taproom is open every Saturday. They're putting on a special official opening on 15 June from 12-pm with hot dogs by Walthamstow Dogs and ice-cream from Remeo Gelato and DJ sets by Giorgio Lattanzi vinyls and GT