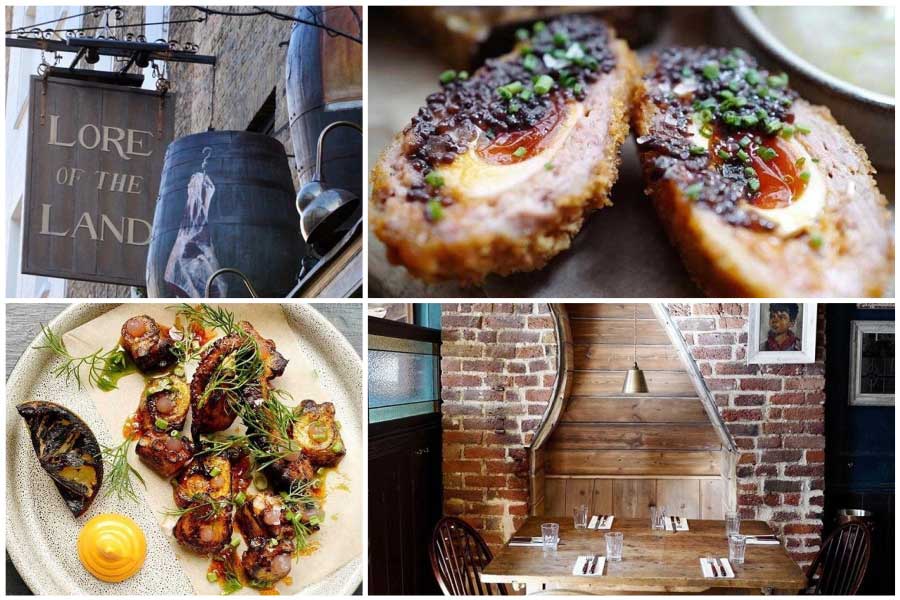 What: Lore of the Land

Summing it all up: Film director Guy Ritchie's pub empire is expanding. This Fitzrovia pub serves his beer in the pub downstairs and features an upstairs dining room where venison from his Wiltshire estate is on the menu.

So Guy Ritchie has opened a new pub in London. Turns out the Georgian pub in Fitzrovia opened its doors a month or so ago, but word has started to trickle out. Of course when Ritchie's friend David Beckham turned up to pull pints with him, the game was up.

We did a little digging to find out more.

The pub itself used to be called The Lukin and is now The Lore of the Land. It's been given what looks to be a super tasteful makeover and serves up posh pub snacks downstairs like white bean and Jerusalem artichoke pate, with crispy chicken skin and a seed cracker as well as crusty sourdough with walnut, treacle & marmite butter. 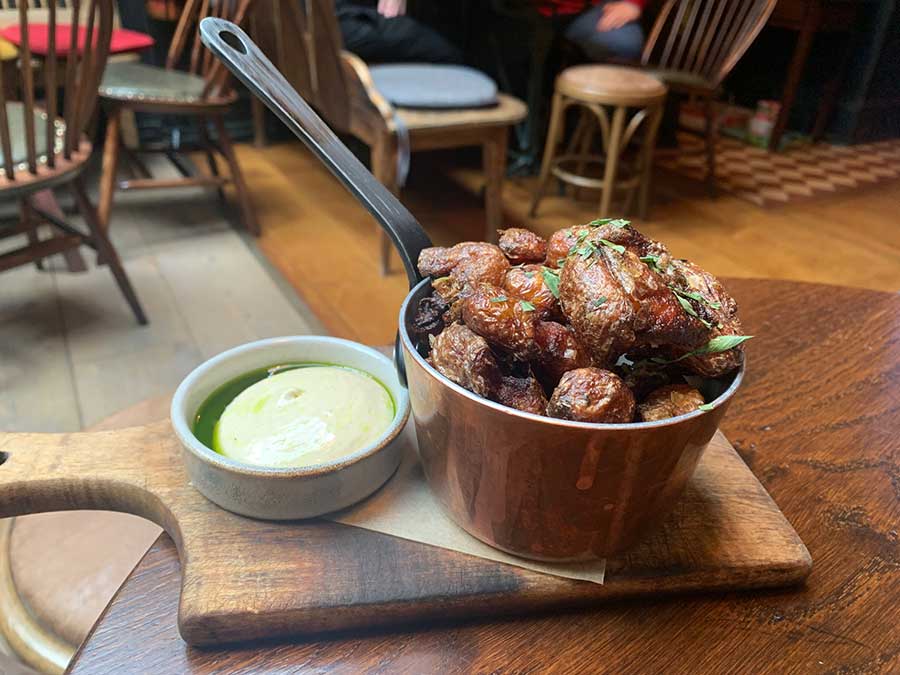 Upstairs, the dining room is some steps from the average gastro pub. There's an open kitchen with counter dining and it features main courses like venison from Ritchie's Ashcombe estate served with parsnips, spices, pickled pear, dark chocolate and Salcombe scallop with wild garlic capers, sea herbs and soya mayonnaise. The Head Chef is Mikey Seferynski, who was previously head chef at the multi-award-winning pub The Three Oaks in Gerrards Cross.There's also a further floor upstairs with a private dining room and maybe the wonkiest floor in London.

Along with the venison the pub also stocks Guy's own beer. The Gritchie Brewing Company is on his Wiltshire farm and produces a pale ale, lager and stout.

As to Beckham's presence here, well Guy and David have recently got into the pub game together - they spent £3m last year buying up Notting Hill's The Walmer Castle which they're planning to reopen this year. But there's no confirmation on whether Beckham's bought into Lore of the Land or whether he was just practicing his pint-pulling technique. 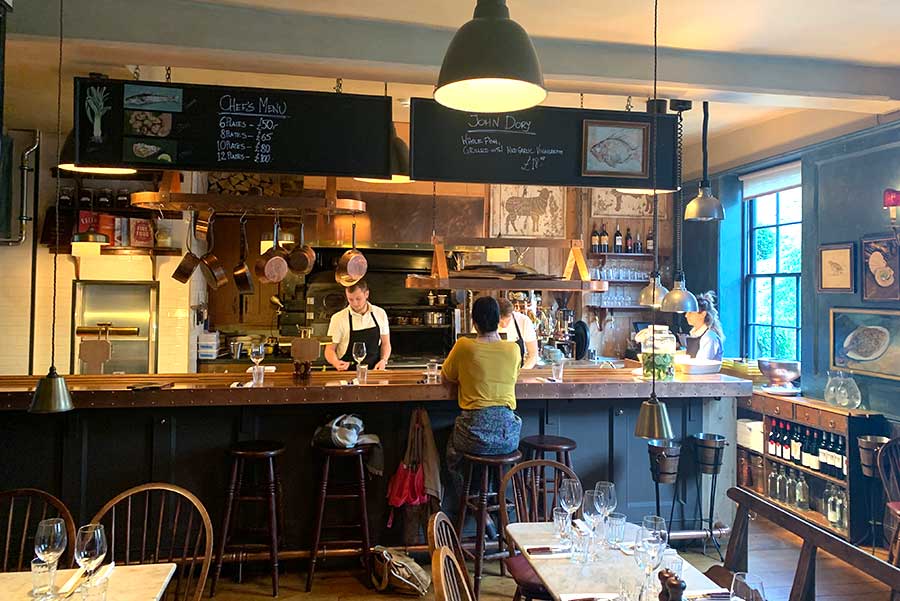 And yes, if you've arrived at this page having just watched Ritchie's new movie The Gentlemen, wondering if it was indeed filmed at Ritchie's own gaff, we have to disappoint you. That was actually shot across London at the Princess Victoria pub in Hammersmith.

More about The Lord of the Land