Flamboree brings the tarte flambee from Alsace to Old Street 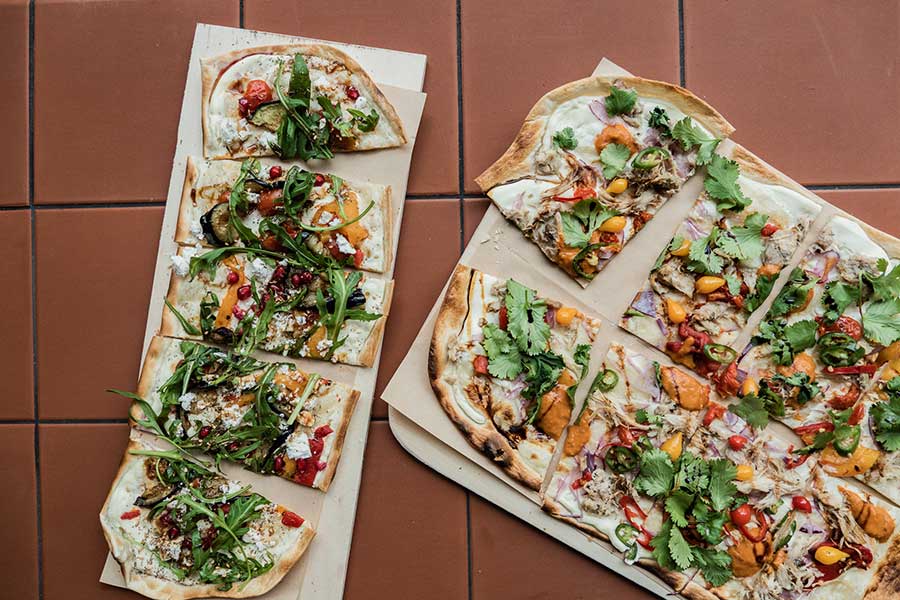 In a nutshell: Fast casual restaurant that specialises in the Alsatian dish tarte flambée

Summing it all up: Neil Witney (previously La Bodega Negra, E&O etc) is behind Old Street’s Flamboree which is putting a contemporary spin on the tarte flambée

Flamboree has just opened in Old Street and is specialising in tarte flambée, a dish that originates in Alsace in eastern France. If you’ve ever been to Alsace you will almost certainly have eaten tarte flambée, a traditional regional dish dating back to the late 19th century.

For anyone not familiar with the dish, it’s a bit like pizza but the dough has no yeast and is rolled very thinly so the base comes out flakey and crisp after a quick blast in the oven in the restaurant’s gas-fired rotating deck oven. The dough is a lot lighter and healthier compared to pizza dough so you can happily eat one for lunch and not need a lie down afterwards.

Neil Witney, who was previously Executive Chef of Will Ricker restaurants (La Bodega Negra, E&O etc), is behind Flamboree, which is aiming to give the dish a contemporary spin, with both classic and more adventurous toppings. So expect to find these and more on the menu:

As well as the ‘flams' as they’re calling them, Flamboree will have raclette, salads, and a few desserts such as the sweet flam topped with marshmallow, dark chocolate sauce, and ice cream.

On the drinks side, there’s (unsurprisingly) a few Alsace wines including a Reisling and Pinot Blanc as well as Flamboree’s own range of beers brewed in conjunction with London’s Reunion Brewery. One of the beers has even been brewed with Alsatian hops which they sourced especially for the project. 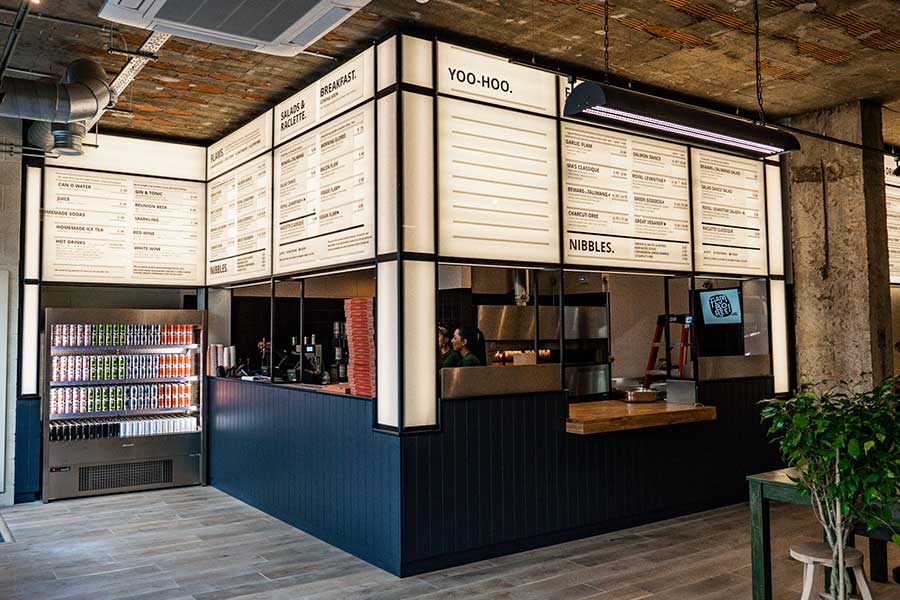 When does it open? Open now (50 Free Regular Tarte Flambées to be given away on Tuesday 23rd April 11am – 3pm)