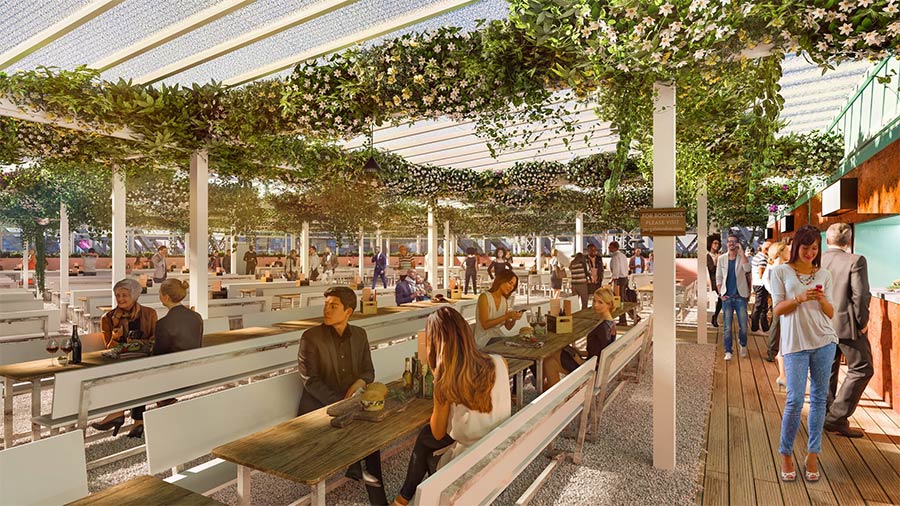 Pergola Paddington has just announced its return for 2019 and it looks like west Londoners are in for another good summer of food and drink. Kicking off on 2nd May, the two-level venue will have a fully al fresco rooftop as usual, but this year they’ve also raised part of the roof downstairs, allowing sunshine and fresh air to pour in – though plenty of it is still covered for when the inevitable rain comes.

On the food line up the one that’s caught our eye is Smash Patty, a new concept from Patty&Bun. Smash Patty is all about keeping things simple according to the guys - the patty is formed by smashing a ball of beef mince on the griddle and then pressing it with the back of a burger flipper to create a thin juicy patty. It's something that other burger brands have done (MEATliquor, for example) but this is the first time we've seen it from Patty&Bun.

The same HG Walter beef will be used as with their P&B burgers but instead of brioche buns, they’ll be using a potato bun made by Bread Ahead. Certainly sounds intriguing.

Another new concept is An Choi, from the same team as Salvation in Noodles, which will be serving spicy wonton dumplings and other Vietnamese small plates. Completing the line up will be Honi Poke with their customisable poke bowls and Babek Brothers who will have their signature kebabs and halloumi fries.

On the drinks side, it’ll be all about summer cocktails, G&Ts, beers, and wines, plus every Thursday and Friday there’ll be ’Sundowner Hours, where certain drinks will be 2 for 1 between 4 and 7pm.

Bookings are open now and if you get in there quick there are 1,000 glasses of free Frosé to claim for the first 1,000 bookings.

Where is it? 5 Kingdom Street, Paddington Central, London W2 6PY