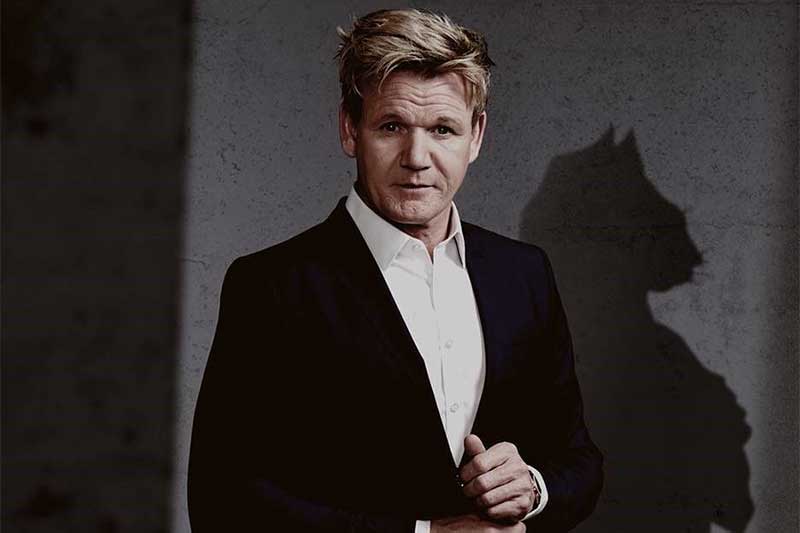 Have you seen rather a lot of mentions about Gordon Ramsay in the news and on various social channels over the past few days? If you're wondering what exactly is going on, let us enlighten you...

Gordon Ramsay is no stranger to controversy but even he probably couldn’t have predicted the fallout that followed a menu preview for his new restaurant, Lucky Cat, which took place in London last Wednesday. The event was attended by a mixture of Ramsay’s friends and media and was held at the Ice Tank in Soho - Lucky Cat will replace Maze on Grosvenor Square in June.

One of the journalists in attendance at the preview event was Angela Hui, a freelancer who writes for Eater's London website amongst other publications. During the event she posted a series of Instagram stories and tweets about the evening which were... not exactly positive, taking aim at Ramsay’s and chef Ben Orpwood’s broad strokes when it came to their understanding of Asian cuisine and culture. She also - and this was probably the comment that really kicked things off - referred to Orpwood's Burmese wife Nilar as a "token Asian wife".

Her reaction was then formalised in a write up for Eater which appeared on the site the following morning. While many commenters on social media supported her for calling out Ramsay on grounds of cultural appropriation, others felt that her write up was perhaps a little unfair, given the restaurant hadn't even opened yet. As for the food itself, that took a back seat with many left wondering what the meal was actually like (criticism of individual dishes was notably lacking.)

While Hui hasn't commented on the ensuing storm (at least she hadn't by the time of this story's publication), Eater London’s Editor Adam Coghlan came to the defence of the original article when suggestions were made that it had been toned down and, in particular, edited to remove the Instagram story where Hui referred to Orpwood's wife. Coghlan clarified the story had never been included in the Eater piece and that indeed, nothing had been changed.

But, just when it seemed that maybe everything had calmed down, Gordon Ramsay blew the whole thing sky high, hitting back with a long post on his Instagram on Friday, criticising Hui for her comments.

This week Gordon Ramsay Restaurants hosted a preview night for our new concept Lucky Cat, an Asian Eating House, set to launch in the heart of Mayfair. It was a warm, buzzing and brilliant night to celebrate what has been a long-time vision for me. Despite the very positive feedback from guests, there was, regrettably, one offensive response from the night which I have to call out. In the 21 years that I have been running restaurants I have had my fair share of reviews - good and bad. Critics and reviewers have an important job to do, and it’s important that they are independent and have freedom of speech. However, the slew of derogatory and offensive social media posts that appeared on Angela Hui’s social channels, were not professional. It is fine to not like my food, but prejudice and insults are not welcome, and Ms Hui’s comments around my Executive Chef and his wife, calling her a “token Asian wife”, were personal and hugely disrespectful. Gordon Ramsay Restaurants do not discriminate based on gender, race or beliefs and we don’t expect anyone else to. I may not agree with all reviews, but if someone is going to be critical, then I expect them to be professional and have some integrity.

And while many of his fans were in his camp (unsurprisingly), Ramsay also drew serious criticism for calling out Hui specifically to his 7m followers

I hope we can all agree that if you are one of the world's most famous chefs, going on Instagram and attacking (by name) a young east Asian writer who expressed the real discomfort she felt at your preview, knowing an army of trolls will most likely swamp her feeds, is shameful

Anything but a tantrum I’d say. This whole affair is an absolute disgrace. Eater London has hit a new low in food journalism. Much respect for @GordonRamsay for calling this out in such a dignified way. https://t.co/UBABbWhRPF

This all meant that the whole thing blew up again, resulting in an article on the Guardian over the weekend and being picked up by many national and international news organisations, and even Good Morning Britain. It's also led to a continued discussion on Twitter of the issue of cultural appropriation in restaurants and the food world which is still ongoing on social media as well as TV. And it's clear that this is a debate that's got some way to go. But, having waded through a lot of the discussions, the following might give you a clearer idea of where we currently are with that.

What on earth is cultural appropriation meant to be? This whole idea is totally beserk 🤪Seriously if only those who are pure blood are allowed or able to cook a particular cuisine we would not be able to eat much.

This answer, Fred. Aidan gets it.

That’s all we’re asking for - a bit of research and a bit of honesty - it doesn’t matter who you are or where you’re from https://t.co/zsBFSLfLq1

obviously there is a very nuanced middle ground where you don’t say certain people can’t cook something, but allows for interrogation of power structures within society and the food world as well as the history of colonialism . but that requires actually engaging.

Expect this one to simmer until the opening of Lucky Cat and beyond. We'll leave you with this:

Just referred to a restaurant as "pan-Western" and feel like I should let you all know that term exists now.

Where is it? 10 Grosvenor Square, Mayfair, London W1K 6JP