Will The Tulip tower host the highest restaurant in London? 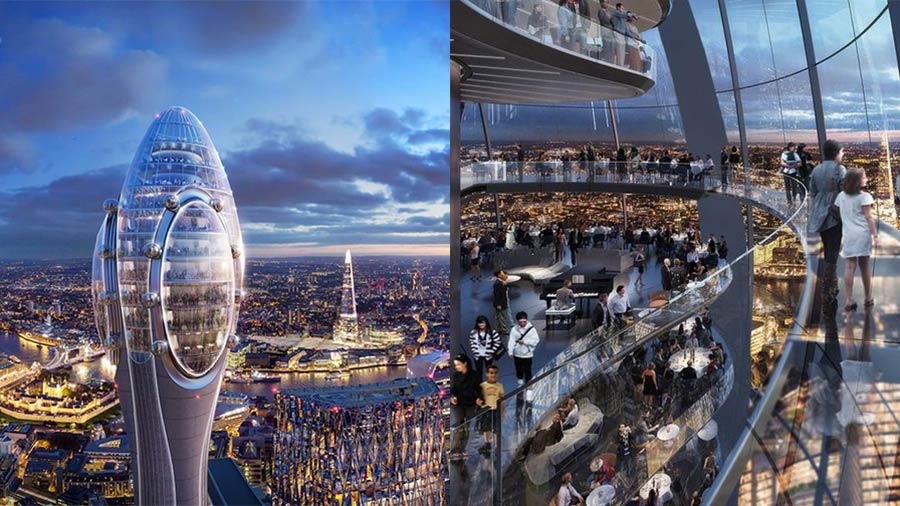 Although they can occasionally be a bit hit and miss, at Hot Dinners we do love a bit of high-rise dining from time to time. So we look with interest at the new skyscraper that's coming London's way. In keeping with London's somewhat esoteric approach to high-rise, following the Shard, The Walkie Talkie, The Gherkin and the Cheesegrater - we now have The Tulip.

The new tower has just been approved by planners - but needs the final sign off from Mayor Sadiq Khan. The building is designed by Foster and Partners (the architects behind Bloomberg's new HQ and the impressive Great Court at the British Museum) and does indeed look pretty much like a tulip, despite being called "a lift shaft with a bulge on top" by campaigners against the idea.

And it's that bulge that will apparently be hosting the restaurant and bar. As the building will be the second tallest in London (just five meters below the Shard), could this be the new highest restaurant in town? It's obviously very early days - it's due to open in 2025, pending Sadiq's sign-off, but we'll be keeping an eye on this one...

More about The Tulip tower