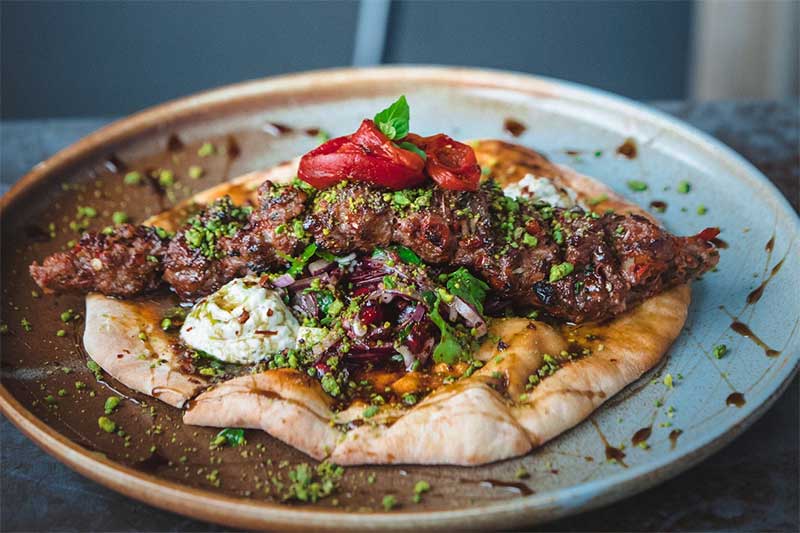 The British Kebab Awards were held at the Park Plaza Westminster last night and London did pretty well out of it.

Four of our restaurants picked up gongs on the night. Testi in Stoke Newington won for best North/West London kebab. Lara Grill in Dagenham won the section for South/East London.

Over in Canary Wharf, chef Bekzod Khamarkulov was awarded Young Chef of the Year for his work at Hazev and the prize for Best Fine Dining Restaurant went to Skewd Kitchen in Cockfosters, which is responsible for this hunger-inducing picture of a wagyu adana they had on the menu this week.

You may have spotted the event trending on Twitter last night - not least for the speech given by Jeremy Corbyn who told the audience, "It’s strange really, as one who chooses not to eat meat and chooses not to drink, I love kebab shops for what they do."

But while he won't be ordering a chicken doner anytime soon, what Corbyn apparently really loves is a falafel wrap. "Two years ago I was ridiculed for talking about falafels at the Kebab Awards," he said, asking the audience to put their hands up if they liked falafel and getting a huge cheer.

"I want to say thank you for bringing diversity to our foods and diversity to our diets," he went on to say. Thank you to all those people who have come to this country and made their food our food as well."