Peggy Porschen opens a second bakery, in Chelsea, and yes - it's floral and very pink 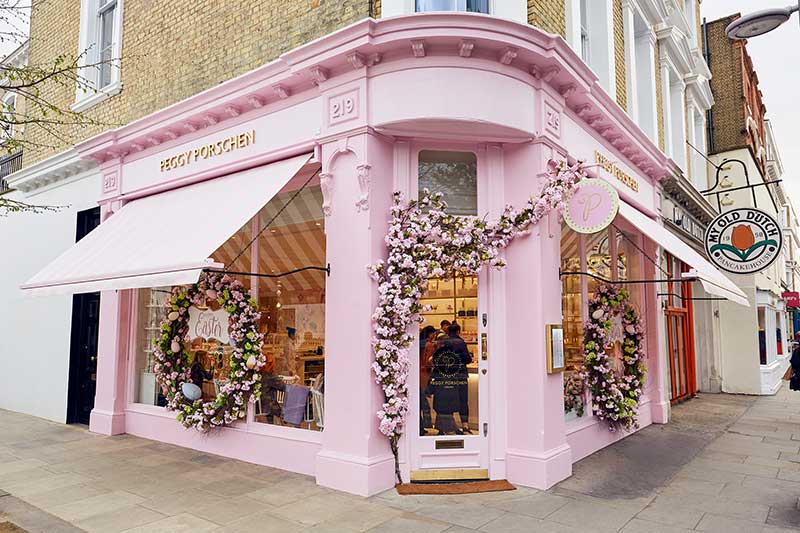 In a nutshell: Insta-fave bakery expands with a new spot in Chelsea

Summing it all up: The original Instagram magnet, London bakery Peggy Porschen, has opened its second bakery, nine years after launching in Belgravia. But this one is bigger, will be open later AND is going to have its own cocktail bar.

The first Peggy Porschen opened its doors in Belgravia the same year Instagram launched, and the cafe's popularity seems to have grown at the same pace as the social media platform. Swing by any day of the week and you'll find the bakery's pink, floral strewn exterior being used as the background to a million selfies.

Now, the company have just opened a second, much bigger bakery. Peggy Porschen Chelsea opened last week and it's an altogether grander affair than the original. The new King's Road spot is starting with the usual cakes and patisserie, but they'll be launching a new savoury menu later this year, as well as opening later in the evening and offering alcohol as well as coffees and teas.

The Chelsea bakery is split into five different areas. There's a cafe for walk-ins with 10 tables as well as takewaway. This is where you'll find a cake 'artist' in situ. Then there's the lounge with a Pink Peony wall art backdrop - this will be available for reservations. There's also a ground floor Salon (bookable) with room for 22 diners. 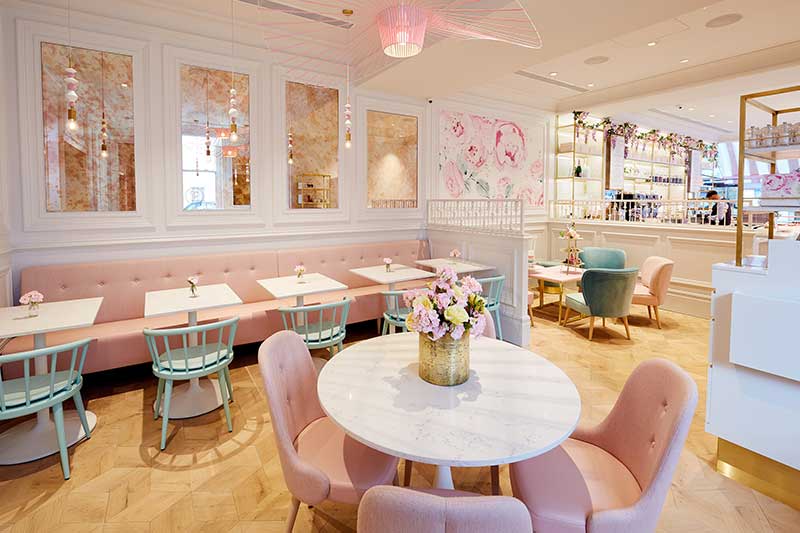 How to book: Booking to come.