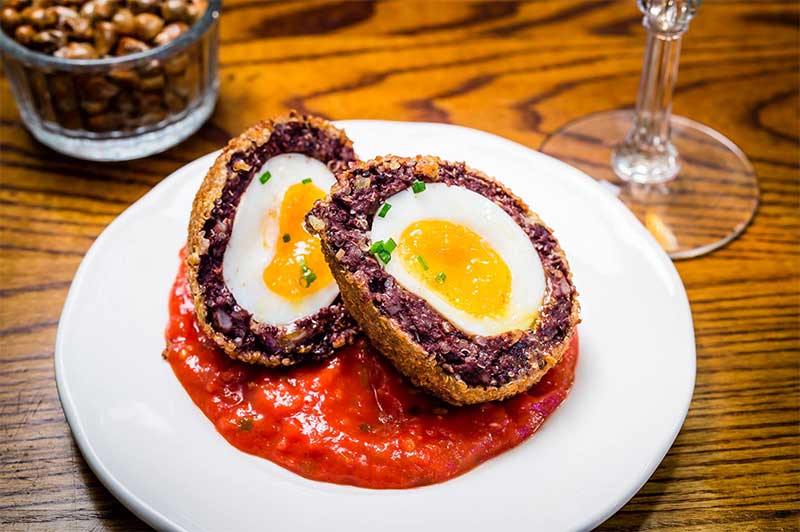 The Scotch Egg Challenge has become one of the highlights of London's food calendar. If you've somehow been unaware of it until now, let us educate you. Essentially, it sees some of London's top chefs descend on a pub for one night to produce what can be argued are the very best scotch eggs in London. These are all put to a jury who decide upon who to give one of London's most sought-afterawards.

Previous winners have included The Draper's Arms, Holborn Dining Room and Princess Victoria, and last year's winner The Smoking Goat, who are returning to try and retain their title.

Now we've got the shortlist of who will be taking part this year - and once again it's an impressive list:

And there may still be more to add to that impressive line-up.

If you want to come to the event - it's free to grab a space (but make sure you arrive early). But if you want to guarantee that you'll be able to try a selection of the eggs (and get a drink thrown in), you'll want to grab yourself one of the limited £15 VIP tickets from here. All the proceeds from those tickets will be donated to the hospitality charity Only A Pavement Away.

More about the Scotch Egg Challenge 2019

Where is it? The Canonbury Tavern, 21 Canonbury Pl, London N1 2NS

How to book: Get the limited £15 VIP tickets or turn up on the night.