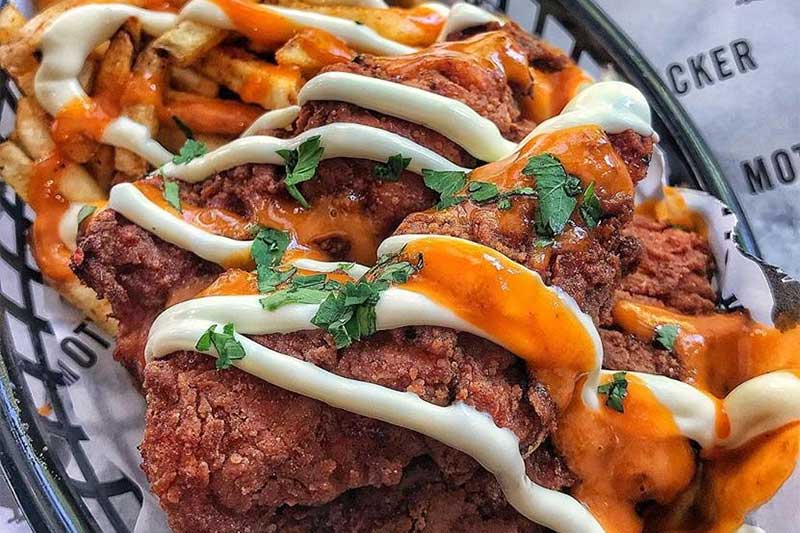 As anyone who's ever had to pass through a UK airport recently will know, the food and drink side of things can be a little disappointing. If you're not after a liquid breakfast of Fosters and are craving something more substantial than what you can grab at Pret, then pickings are pretty slim.

So we're pleased to hear that newish Stansted Airport spot the Camden Bar & Kitchen is doing its best to sort things out for foodie travellers there. They've just announced the first six-month street food partnership with Mother Clucker. They'll be serving up all the fried chicken signature dishes from the trader like their sweet tea brined strips, Cluck Bun or deep fried chicken wings.

Camden Bar & Kitchen have also agreed to a deal with Grind, so if you're after a decent coffee or an espresso martini to kick your holiday off with (or just numb the pain of travelling with Ryanair) then sounds like the place to go.

It's all go for Mother Clucker who have also just moved into the Food Arch in Flat Iron Square where they'll be serving up seven days a week.

More about The Camden Bar & Kitchen

Where is it? Takeley, Stansted CM23 1QW