Fatt Pundit is bringing their Indo-Chinese food to Soho 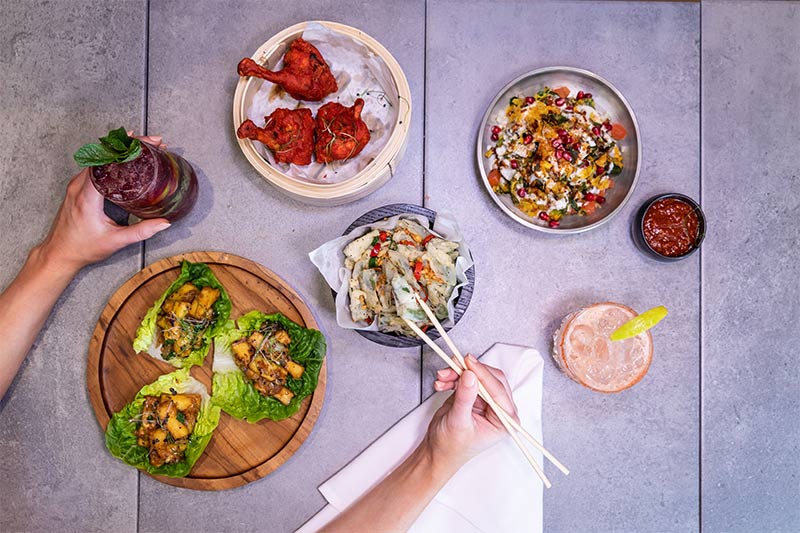 In a nutshell: Indo-Chinese food in Soho

Summing it all up: Momos will take centre stage at Fatt Pundit which is inspired by the Indo-Chinese food found in Kolkata.

There’s a new Indo-Chinese restaurant coming to Soho, taking over the space vacated by Tabun Kitchen at 77 Berwick Street. Fatt Pundit will look to Kolkata for its inspiration, a city that has combined Chinese techniques and Indian flavours in its cuisine, owing to the migration of Hakka Chinese to the area.

Momos (South Asian dumplings) are going to feature heavily on the menu, apparently with "never seen before meat and veggie fillings complete with lip-smacking chutneys”. A momo station by the bar will allow diners to see the momos being freshly made throughout the day. Other highlights are set to include: Shredded Chilli Venison, Smoked Rabbit Wontons, Hakka Paneer Lettuce Cups and Stir Fry Cod & Bream Curry.

As for the restaurant itself, the interiors will be influenced by Tangra, Kolkata’s Chinatown, and will see exposed concrete walls complete with accents of red and blue that reflect the street signs of the area, complimented with paintings of the 'Fatt Pundit'.

And if you’re wondering what the name is all about, Fatt Pundit it’s a combination of the common Chinese surname ‘Fatt’ with the Indian word ‘Pundit’ (a scholar).”