José Pizarro and MEAT Liquor Team up for New Burger 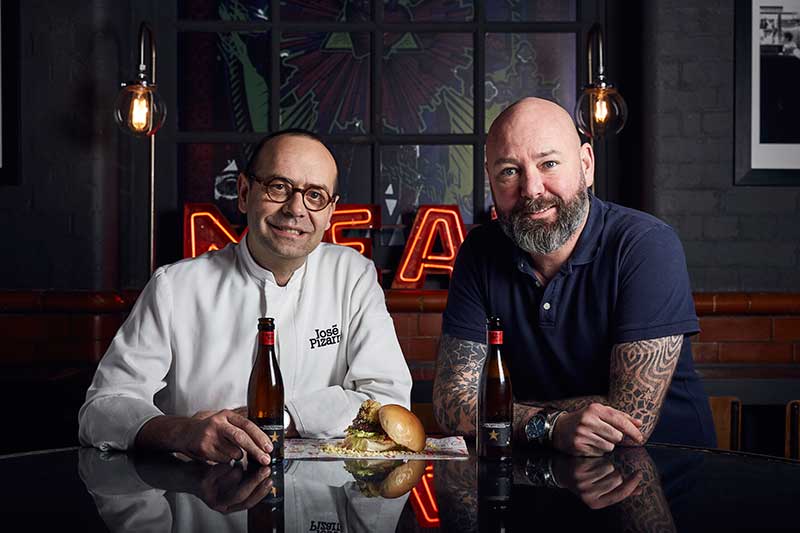 A burger and a beer is a classic combo but not many have taken the step to create a burger specifically for a particular beer. It’s an intriguing prospect and one that becomes even better when José Pizarro and London burger kings MEATliquor are behind the burger. The limited edition burger has been created to be paired with Inedit Damm, a beer created by none other than Ferran Adrià together with Spain’s Damm Brewery.

If the cast of characters wasn’t enough to get you excited already, the description of the burger definitely will. It’s going to feature an Ibérico pork patty mixed with Ibérico Jamón from Cinco Jotas, topped with aioli, shredded lettuce, grilled onion, cured Manchego, and Spanish paprika, all sandwiched in a signature MEATliquor bun.

The burger and beer will be available from 17 March until 22 April in all London MEATliquor locations, as well as José Pizarro Broadgate for £13.50, which includes the burger and a bottle of Inedit Damm.

Where is it? Various locations (MEATliquor) and Broadgate (Jose Pizarro)