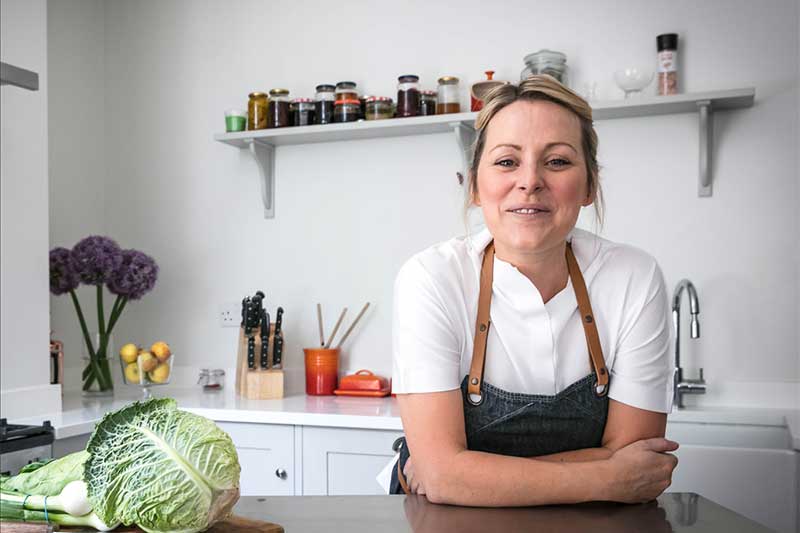 Summing it all up: Chef Anna Haugh uses her Irish connections and London restaurant experience to bring Chelsea a restaurant of very modern European sensibilities.

Ever since she left Bob Bob Ricard, we've been wondering where chef Anna Haugh would pop up next. And now we know. The Dublin chef who worked for the likes of Philip Howard, Shane Osborne and Gordon Ramsay over her career in London is now opening her own restaurant.

The name itself, is most probably a homage to Myrtle Allen who was the original head chef at Ireland's famous Ballymaloe house - one of the best hotels (and cookery schools in Europe). Back in 2016 when asked by the Gastro Gays for her food idol Anna said; "Without a shadow of a doubt Myrtle Allen, what a spectacular woman. Both her and Darina [Allen]’s approach to foraging – before it was embraced by so many chefs – was and is practical and admirable. I use their recipes and I’m proud of that."

The whole thing is good news for anyone still sore after the closure of Nuala, which did much to bring modern Irish cooking to the fore in London.