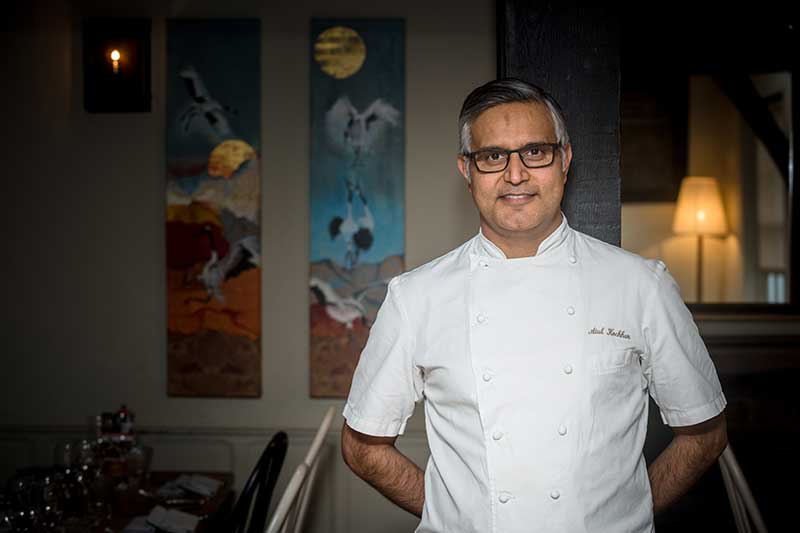 In a nutshell: Atul Kochhar is back with a new restaurant

Summing it all up: Atul Kochhar's first new restaurant after Benares is this Mayfair spot focusing on lesser-known Indian dishes.

We've been enjoying watching him recently on Million Pound Menu, so it's really good to hear that Atul Kochhar is getting ready to re-enter the London restaurant scene. It's been six months since Kochhar parted ways with his flagship restaurant Benares, after some ill-advised tweeting. Since then he's been keeping rather a low profile, until the second season of the popular TV show came out.

Now we hear he's getting ready to reveal his new place Kanishka - taking over the old 28:50 wine bar site on Maddox Street. He's teamed up with the former commercial director of Cinnamon Club, Tina English, to open the restaurant "showcasing cuisine from the country’s more remote territories and borders".

Key among those territories will be the Seven Sister States in the most easternmost region of India. In practice that will mean dishes like:

At Benares, drinks were always a big thing and it looks like being the same deal at Kanishka - the bar will serve up cocktails like the Roast Banana Old Fashioned, made from tandoor roasted banana with cinnamon, orange and pecan bitters, maple (which despite us writing this first thing in the morning, made us want it IMMEDIATELY) as well as an Ingrita, made from Mezcal served alongside a chilled lightly spiced tomato broth. There'll also be a selection of Indian whiskeys to try.

The two floor site will have room for over 120 diners, with an outside terrace and what's being described as a private 'garden room' downstairs that seats 12.

“Kanishka is a very exciting project for us – it’s a great opportunity to continue to showcase Indian flavours alongside quality British produce, but also introduce London’s diners to the unique flavours of territories previously unexplored by Indian cuisine in the UK.”