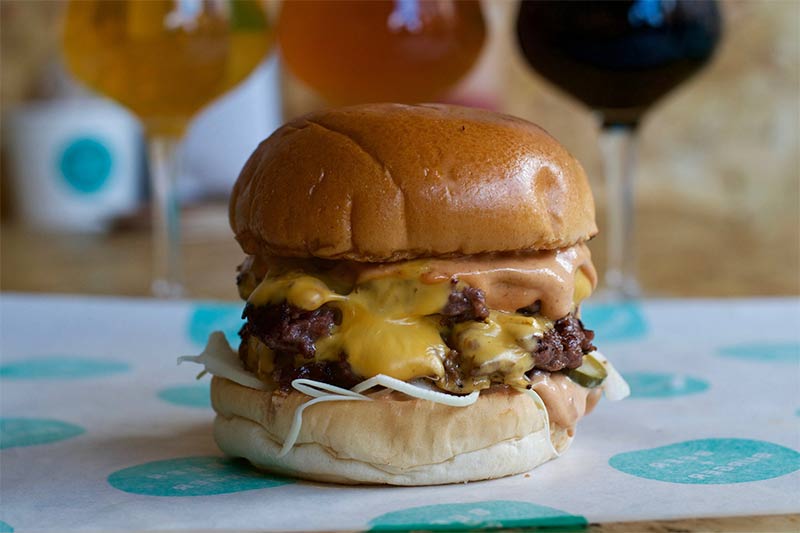 What: Burger and Beer Store

In a nutshell: Yes, burgers and beer in King's Cross.

Summing it all up: The third Burger and Beer store has come to King's Cross, so if you like both of those things - this is for you. And vegan burgers are on the menu too.

Following openings in Willesden and Dalston - another Beer and Burger Store has just hit London, this time in King's Cross. It does - as you may well be able to tell from the name - sell mainly burgers and beer, so you really know what you're getting before you head in the door.

There are five burgers on the list - plain, cheese, bacon, chicken and vegan as well as a regularly changing guest burger. And there are new additions to the sides at King's Cross. On top of the usuals like "fries, cheese and gravy", mac balls, deep fried jalapenos and their dipping gravy, you'll also be able to get halloumi fries and "Seoul wings".

On top of that - beer. There will be 20 beers on tap and more in the fridges. It's all counter seating too - so you can easily pop in for a quick burger and brew if you happen to be in the area.