Yosma is moving its Turkish tavern from Baker Street to Soho 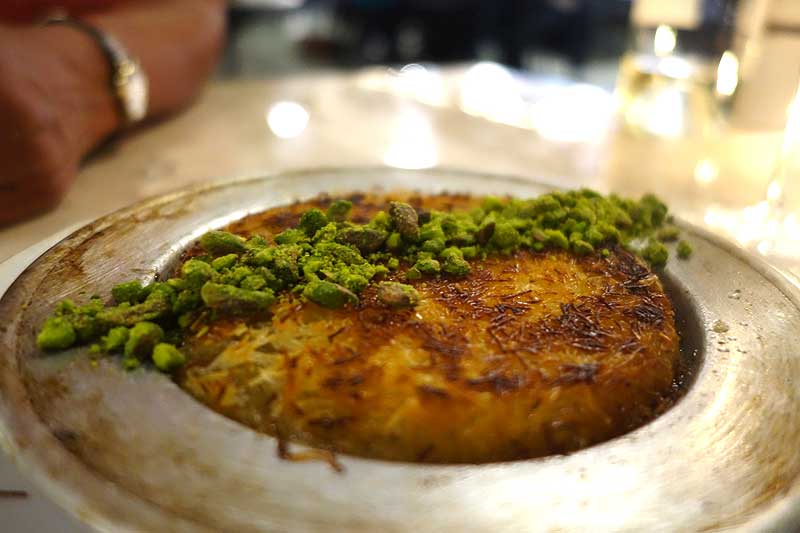 It's all change for Yosma. The Turkish meyhane, mangal and raki bar (essentially a Turkish tavern) opened in Marylebone in 2016 to acclaim - all inspired by the streets of Istanbul. We were also pretty impressed with the place ourselves. And now we hear that they're shutting up shop on Baker Street - but they'll be opening in central London instead. Once again, it will be led by head chef Hus Vedat and his team.

The original restaurant on Baker Street will close on 29 January and will rise from the ashes in Soho in Summer 2019. During that downtime, we hear that "Spending time in Istanbul, Hus will travel across Turkey over the coming months, gathering inspiration and seeking out new recipes to bring to Soho."

But - that's all we know for the moment!  We'll bring you more news on that as soon as we have it. That amazing kűnefe (above) had better be making the trip to Soho...

Find out more about Yosma