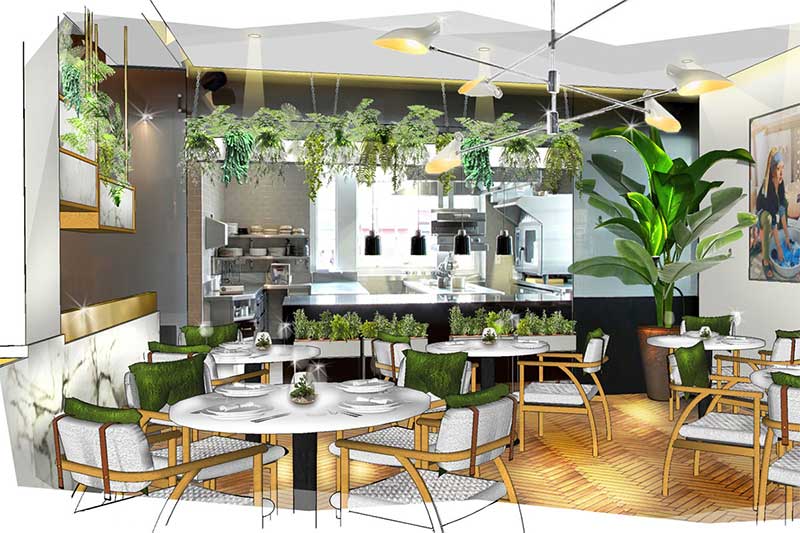 Summing it all up: The space that once housed Viajante and The Typing Room will now be a modern Latin American restaurant run by two chefs who arrive here via The Fat Duck, Fera and the Michelin-starred restaurant Amelia San Sebastian.

Ever since the Town Hall Hotel closed its Lee Westcott restaurant The Typing Room last summer, we've been waiting to hear what will go in its space. Now we know that it's going to be Da Terra from chef Paulo Airaudo and former Fera and Aulis chef Rafael Cagali in charge.

The news, which Eater broke this morning, is confirmed by the hotel's website which tells us to expect "a modern cuisine, inspired in Latin American flavours with Italian influence, always supporting local producers."

Both Paulo and Rafael worked at The Fat Duck before this. Rafael then went on to work at Fera and Aulia at Fera while Paulo created a stir with his San Sebastian restaurant Amelia which won its first Michelin star just five months after opening.

For anyone who knows the space as Viajante or The Typing Room, it looks as though they're keeping that lovely open kitchen. Menu-wise we're told to expect a 9-course tasting menu "which will showcase Cagali’s skills and knowledge collected through his culinary journey in some of the finest restaurants of Brazil, Italy, Spain and England."