Chapel Down Gin Works has arrived in King's Cross 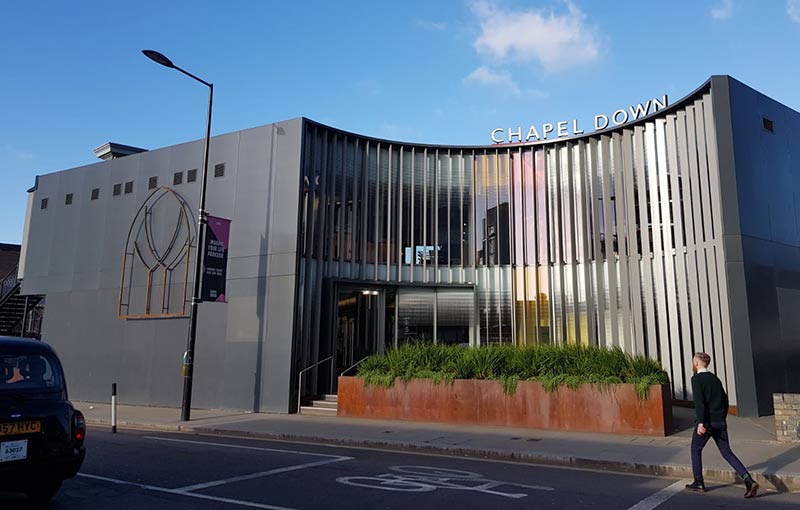 What: Chapel Down Gin Works

In a nutshell: Bar and gin distillery in King's Cross

Summing it all up: Chapel Down - best known as an English vineyard - have come to London with a new focus on their own gin. This bar and restaurant takes up prime position overlooking the canal in King's Cross and there's some great alfresco space planned too.

it's been a while since Shrimpy's was a fixture at a little corner of King's Cross, right next to the canal - but now there's news of another bar and restaurant that's just opened in the same location, taking up the space left by the Gas Holders Marketing Suite that's been there for a few years. This time it's the turn of Chapel Down who you might know more for their English wine - but this new bar will be focusing a little more on their gin. The name of the new space rather gives it away - Chapel Down Gin Works.

We’ve had an amazing response to our new Chapel Down Bacchus Gin. This new site in King’s Cross is a spectacular setting and we are delighted that we’ve been able to work with estate owner King’s Cross Central Limited Partnership to enable us to create an iconic and exciting waterside venue and gin works that will celebrate the very best English food and drink.

It opened the doors very quietly before Christmas and they've already launched the upstairs space - that has a very impressive central bar and overlooks the canal. All the Chapel Down wines and beer are available alongside the gin - and that there will be "experiential elements" coming too. Those will be connected with the on-site distillery, including gin tastings and the opportunity to make your own gin. On top of that, there is food - "seasonal British cuisine" - and we'll add more details about the menu as we get them. The restaurant is yet to open.

As for the space itself, it looks like that will continue to get quite a big overhaul, adding lots more outside space, There are what looks like some prime-position seats overlooking the canal and an outside bar in the warmer months too. We expect you might see just a few people from the neighbouring Guardian building finding a good spot there. Until then - this looks like a very promising new drinking den in King's Cross.

More about Chapel Down Gin Works

Where is it? Goods Way, Kings Cross, London N1C 4UR