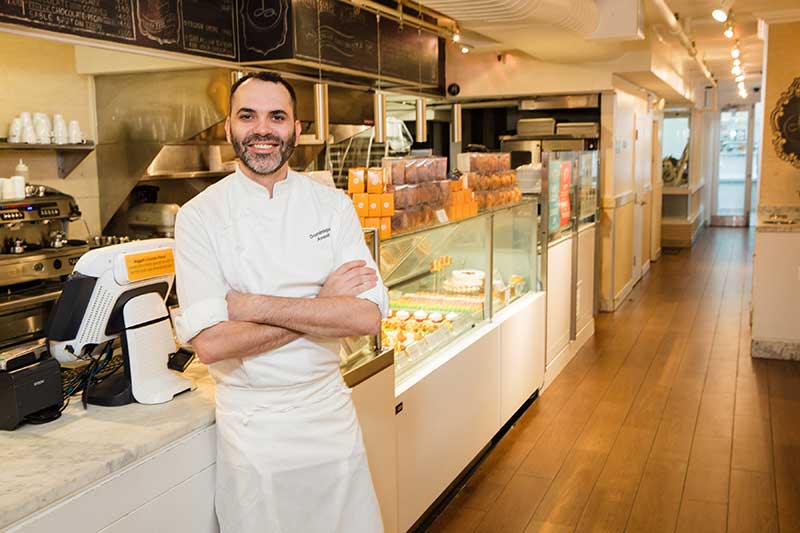 In a nutshell: The New York patisserie supremo is opening a second London cafe in the heart of Covent Garden

Summing it all up: Ever since he opened in London Ansel's bakery has been packed - so expect fans to follow him here to Covent Garden, particularly if there's a new menu of cakes to try.

Good news for fans of American patisserie wunderkind Dominique Ansel - he's expanding his UK base and opening a second cafe here in London.

Ansel's Belgravia shop has been packed since Day 1, so it's not surprising he's decided it's time to grow his business here. And he's chosen Covent Garden as the next spot. He's just not saying where exactly.

"We aren't able to share the exact address just yet, but we're looking forward to being a part of Covent Garden community next year! It's one of the first places that I visited when I first went to London years ago. It has changed so much over the years and there's so many great restaurants in the area, we'll be quite close to the opera house and the theatres, and there's been so many innovative new shops and concepts opening - from fashion to tech to food and more."

Obviously the next question is whether there'll be any new cakes that he'll come up with for Covent Garden. And the answer to that is a big fat yes. "We look at all of our stores uniquely, and it's not just a variation of our existing menus but sometimes whole new creations and new menus altogether, so you can definitely expect the new shop and menu offerings to be different than our Belgravia shop."