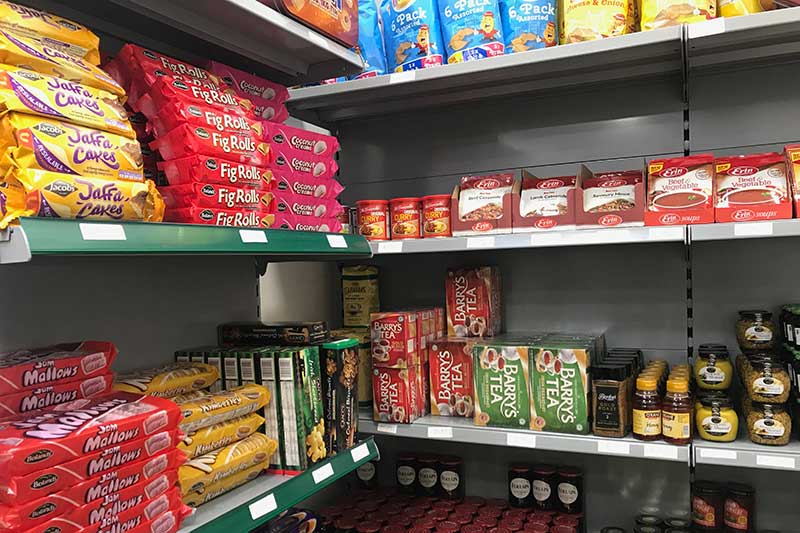 As any London-based Irish person knows, any trip home is always used to fill your roll-on Ryanair suitcase with as much Tayto, Clonakilty and Barry's Tea as you can squeeze in to take back to London. But now, you'll be able to replenish stocks of your favourite Irish food without going any further than Camden.

Right now they're focusing on non-perishable goods such as soup, biscuits, chocolate, jams and tinned stuff, but they do have a freezer and they're planning to fill that with Irish produce such as Clonakilty sausages in the new year so you can make a proper Irish fry-up here in London.

On the downside, after a quick look at the photo they sent us, it does look as though the Tayto they're selling is the Northern Irish variety rather than the 'real' one - but that's presumably easily fixable.