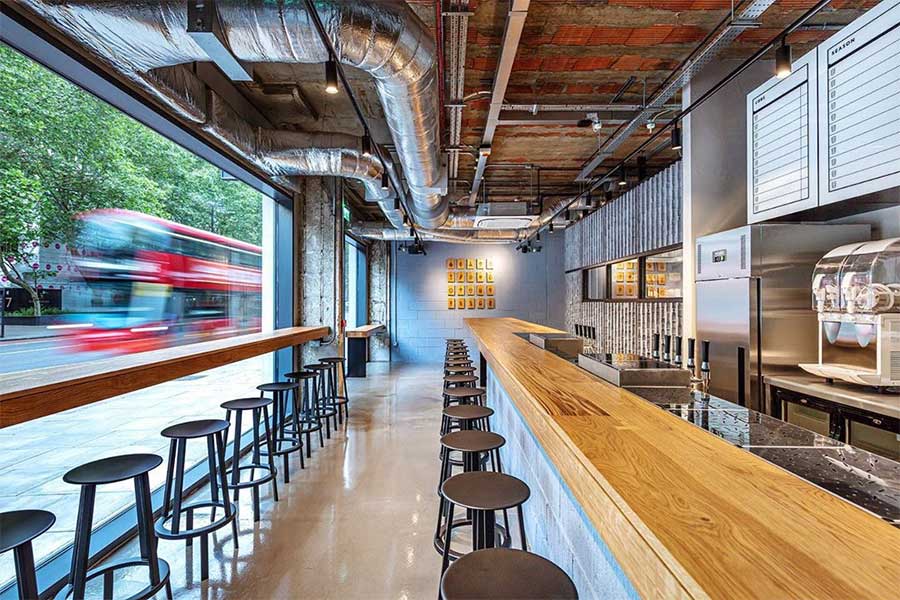 In a nutshell: Top bartender opens his first solo venture in London

Summing it all up: When the bartender who ran the World's Best Bar for years prepares to open an all-day bar and restaurant in London with fellow top class mixologist Monica Berg, you better believe people are going to sit up and take notice. And when TÁ TÁ Eatery is in charge of the food? Lucky Old Street.

When the bartender whose previous bar won World's Best Bar four years in a row announces he's opening a new bar and restaurant, you'd better believe that people pay attention. And so when Hot Dinners discovered that Alex Kratena, formerly of Artesian Bar, was setting up shop in London, we thought you'd want to know about it.

So we tracked him down to Silicon Roundabout - just two minutes walk from his new venue - for a coffee and chat about the new place he's opening with Monica Berg. She was behind top Oslo bar Himkok, helped found the drinks industry think-tank P(our) with Alex and Simone Caporale, and has previously worked with Jason Atherton.

The Old Street venue - called Tayēr + Elementary - is going to be a two-pronged affair. "The brief was we want to achieve beauty by restraint- so there's a mix of Scandi functionality, Japanese minimalism and a little bit of punk," says Alex. At the front of the building, there'll be an all-day venue called Elementary where during the day they'll serve bottomless coffee with space for meetings and offer light lunches. In the evening there'll be seasonal cocktails and food. Think simple, but not that simple. So lots of the drinks are going to be on draught making it a quick - but crucially not too expensive - place to pop in for a drink and a bite.

People need to understand that this is not going to be Artesian Mark 2.

Behind Elementary will be Tayēr - "derived from the Spanish word for workshop or the place where manual work is done," he says. "We see it not as a cocktail bar, but as a workshop for food and drinks. The offer here is a little more high end, here you'll have a blackboard menu changing every day. It won't be a classic bar - there'll be a U-shaped counter and in the middle we'll have this station with the bartenders working. The list will change all the time.

I'm very much inspired by how restaurants work. I'm bored with cocktail bars that have one menu for several months. This will be a place where you go to find something new, something unexpected."

So will we see a return of any of the extraordinary presentation of drinks that he became known for at Artesian? "People need to understand that this is not going to be Artesian Mark 2 - this is a very different style of venue. Very relaxed and informal. I'm very passionate about design, but I no longer want to be designing glassware or going through this painful process of coming up with it." That's a no, then.

On the food front - which will be just as important to the new opening as the drinks - there's particularly good news. In charge of the food will be the wonderful TÁ TÁ Eatery, run by Zijun Meng and Ana Gonçalves who have been serving up their unique take on Portuguese and Chinese food in a number of residencies across London. When we spoke to Meng to find out what to expect from their food there it became clear that it's early days yet and there's plenty of planning to do - but any fans of TÁ TÁ should be happy.

He told Hot Dinners that they're looking to carry on their own style into their new home, but as with all their residencies and pop-ups, their menu is evolving all the time and changes with each new location. "Diners have a great trust in our food" he told us, "and we're looking to carry on with that style in our new home". We'll get an update with more info on the menu closer to the launch.

Will TÁ TÁ's famous Iberico Katsu Sandwich be making the trip to Old Street too? They said that with an ever-changing menu, it's just too early to tell. "We're very excited to be working with Meng and Ana," Alex tells us. "Their food - I hope they won't mind me saying it, is drinking food. The menus are going to be very simple. But the idea is to keep it changing."

Back to Tayēr, Alex describes this bar to us as somewhere where they'll be "focusing on what's in the glass or on your plate - and not on labels. Most of the spirits are house arrangements made exclusively for us with different producers."

They've picked some pretty impressive partners for this - such as Empirical Spirits in Copenhagen (co-founder Lars Williams worked with Noma's René Redzepi for years) and the guys from Northumberland's Hepple Gin. "We're looking for edgy producers," says Alex. "We're brewing beer with Partisan Brewery from Bermondsey and with Jarr Kombucha we're making a special seasonal kombucha that'll change throughout the year. We'll use small batches of spirits - maybe 50 bottles and when it's gone, it's gone. We'll just need to come up with another drink." 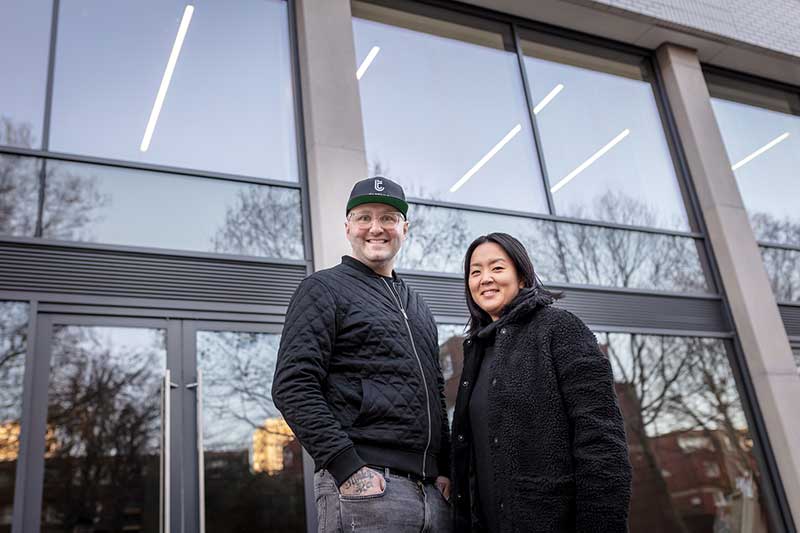 The whole project has been years in the making - ever since Alex left Artesian. And it's not been an easy path for the duo. "This is the eleventh venue we've set our sights on. For a young, independent business with not much venture capital behind it, things are extremely challenging. You need to win the heart of the landlord." Turns out that process is a bit like the X-Factor - you practically have to audition to prove you're the right fit for the space.

London has this weird creative edge - anything can work.

With all that, did he ever consider going somewhere else in the world to open his first bar? Seems not.

"Where else would I take this concept? London has this weird creative edge - anything can work. You can come up with any concept and you'll probably find an audience for it here. What really makes the bar scene great is that people from all around the world work here bringing knowledge, expertise and skills and that's makes it so eclectic. You want to have your crazy, super expensive thing - there's a place. You want something OTT but approachable - there's a place. That's why I like it so much, there's a beauty in that."