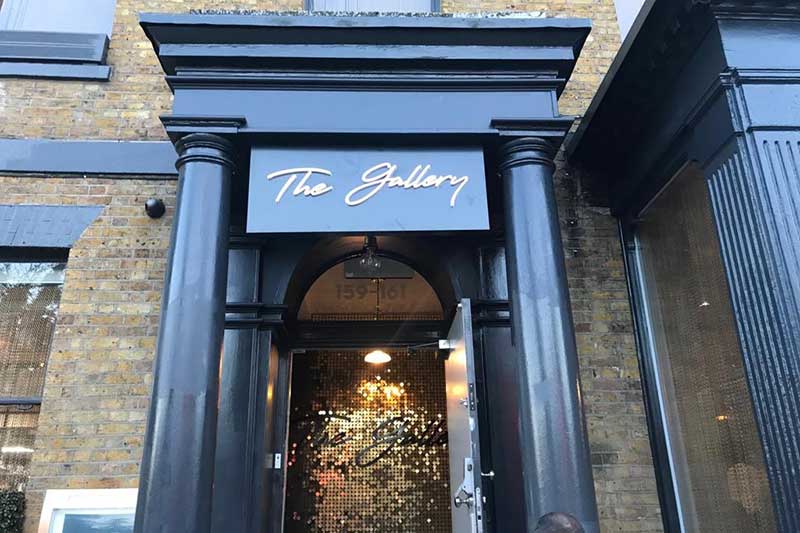 Summing it all up: With a Ramsay trained chef in the kitchen, hopes are high for this new restaurant taking over where The Woodford used to be.

Two years ago, a new restaurant in South Woodford did the impossible. It lured the late AA Gill out of his central London comfort zone to the wilds of North East London to review a restaurant. He ended up loving chef Ben Murphy's food and gave the place a fabulous write-up.

But even with that luck and being awarded Evening Standard London restaurant of the year award couldn't keep The Woodford from administration and now over a year later it's being reopened as a glitzy - their word - restaurant called The Gallery.

The key thing you need to know is that the new owners are also putting an interesting chef in the kitchen. This time it's Head Chef, Dave Rann, who trained under Gordon Ramsay and Gary Rhodes and was most recently at The Juniper Tree in Belsize Park.

Dave's menu is described as comprising modern British and grilled foods, so expect dishes like:

There'll also be a range of burgers and steaks coming off the Josper grill and sides include an intriguing dish of smoked mash.

More about The Gallery