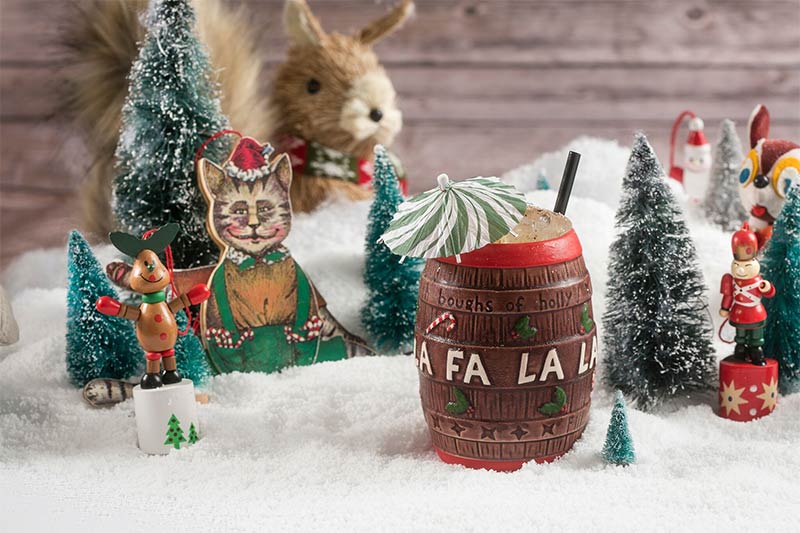 It's not too early to talk about Christmas is it? Probably not when it comes to the announcement that the Christmas-themed Miracle cocktail bar pop-up is making its way from The US to London to bring all the kitschy Christmas cheer.

It's become something of a phenomenon in the States, popping up in dozens of cities (a total of 51 last year and 70 planned this year). Essentially, it's VERY Christmassy - so think tons of santas, lots of lights, plenty of tinsel, decorations and more. Like one of those houses that you see in the run up to Christmas that looks like they're powering their Christmas lights with half of the electric grid.

The London version will be popping up in the bar at the Henrietta Hotel (in the mezzanine above the restaurant), courtesy of the Experimental Group. With each pop-up being titled "Miracle at X" this one will be called "Miracle at Henrietta". And the drinks will be the same in every pop-up Miracle bar worldwide (all served in themed Christmassy glasses), including

On top of that, Henrietta will be serving up Alpine-inspired food, including an Ibérico ham and truffle Croque Madame, a Vacherin Mont d’Or grissini and a Chestnut Mont Blanc. So yes, if you want to get the Christmas spirit as early as possible, this may be the place to head for.

More about Miracle at Henrietta