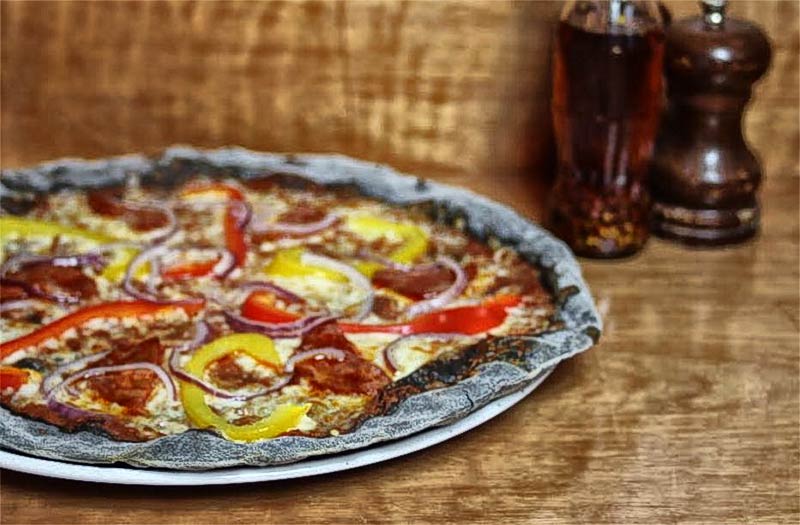 In a nutshell: Vampiric pizza in Camden

Summing it all up: Lost Boys pizza (based on a certain 1980s film) has built up a following in Archway and now they're opening their second place in Camden. Expect black charcoal pizzas and also a basement absinth bar - with absinthe fountains...

In a move they clearly waited until Halloween to announce, Archway's Lost Boys Pizza is expanding with another venue. Billed as "the world’s only vampire-themed pizzeria" it's themed very much around 80s movie The Lost Boys - any that means the soundtrack stays firmly in the 80s.

At the heart of it all is their black charcoal pizza, and they haven't held back on the puns here:

And the puns continue with the cocktail list that includes "The Missing Shake - vegan hard shake with vodka, blueberry jam and interactive immortality" which is served with a polaroid of you on a missing milk carton. For when you're taken by the vampires, of course.

It's a two storey affair - so the upstairs is primarily pizza while the basement becomes the green-tinted Croque Monsieur absynthe bar. Apparently, that features "absinthe fountains on
each table" which sounds very dangerous and cocktails that include:

All that and "a dressing up box with compulsory hat wearing and swapping". That's what an absinthe fountain will do to you.