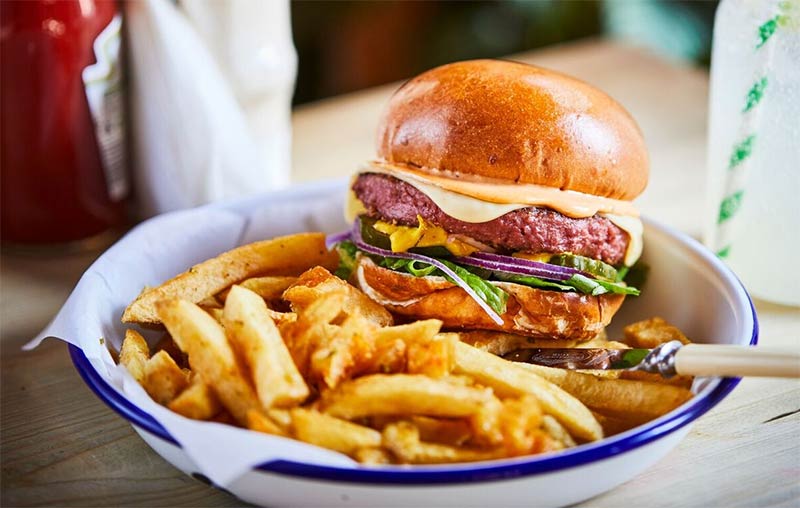 Honest Burgers have fully embraced the vegan and vegetarian market. They'd previously been offering the Plant Burger (which uses Beyond Meat's burger which has a "bleed" effect thanks to the beetroot) only in King's Cross - but that's now rolling out to all of their branches across the UK.

That Plant Burger features: "Beyond Meat’s plant-based patty and Rubies in the Rubble’s vegan chipotle ‘mayo’ (made with aquafaba, a protein-rich water left over from cooking chickpeas - no waste), smoked vegan gouda cheese, French’s mustard, red onion and lettuce".

When? The burger is available in all branches from 31 October 2018.