Bodega Rita’s at Coal Drops Yard will be a deli, sandwich store and cave a vin 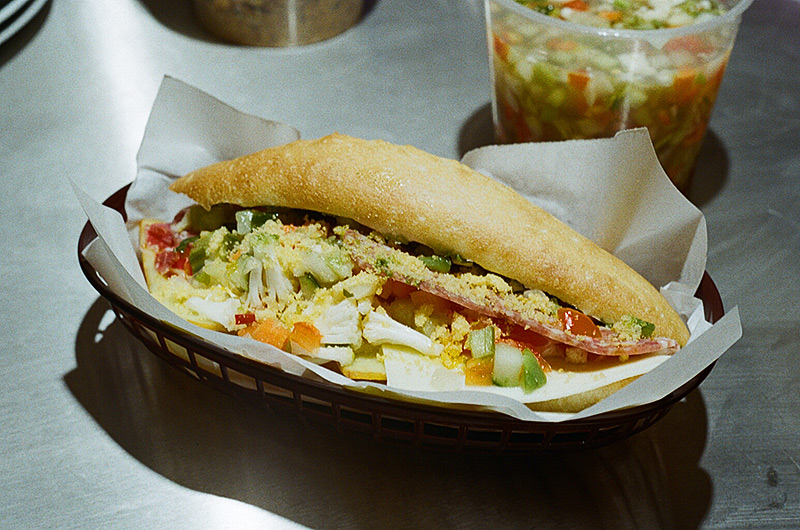 In a nutshell:The Rita's Dining team are doing a Coal Drops Yard deli and sandwich store

Summing it all up: Fresh from their successful pop-up at Browns over the summer, Missy Flynn and Gabriel Pryce - the team behind everyone's favourite Rita's Dining - are opening a tiny deli and sandwich spot on Lower Stable Street in King's Cross.

The talented team behind Rita's and Bodega Rita's are the latest folk to announce they're opening up at Coal Drops Yard. Missy Flynn and Gabriel Pryce, who opened Rita's in Hackney in 2012, most recently took ran a (now-closed) popup at Browns, and are also running the dining room at Redchurch Brewery in Cambridge Heath. But their next move will be to King's Cross where they'll be opening a diminuitive deli and sandwich store.

The sandwich menu at their Lower Stable Street unit will be a short, but good 'un:

Towards the weekend, the menu will expand in the evenings (Thursday to Saturday) to cover small dishes and snacks served alongside a short menu of wines and mixed drinks in what they're calling "London’s smallest cave a vin."

If you're after something to take away with you, there's going to be plenty for home home cooks, from Gabriel's spice blends and sauces as well as selected ingredients based on recipes from the Rita’s menu archive. And while there's no room for a coffee machine, if you swing by with a reusable cup you'll be able to get quality filter coffee from the Ozone Coffee Roastery in Old Street.