Roe opens in Pop Brixton - with seafood and an Irish influence 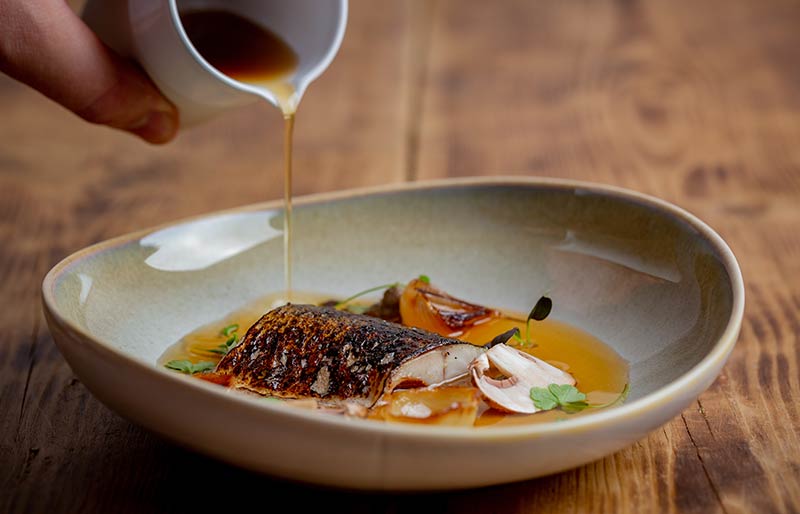 In a nutshell: Seafood in Pop Brixton

Summing it all up: Simon Whiteside originally opened Hook in Camden and now he's bringing his seafood expertise to Pop Brixton with his own restaurant, Roe. Expect sustainable seafood on an ever-changing menu that showcases his Irish influences.

This latest opening in Pop Brixton looks well worth keeping an eye on. It comes from Irish chef Simon Whiteside who originally opened the much-praised Hook seafood restaurant in Camden (and has also worked with Raymond Blanc and The Dairy's Robin Gill). And now he's moving to the opposite side of London for his own venture, Roe.

It's the latest opening at Pop Brixton (which has brought us restaurants like the mighty Kricket) and like everything there, is taking over a shipping container (with an added terrace). And the restaurant, like Hook, will focus on seafood - this time sustainable seafood from the British and Irish coast.

It'll have an ever-changing menu and we can expect to see some Irish influences on there too. Some of the kick-off dishes include:

That does look like a really great menu (particularly the Irish touches). On top of that, there will be a daily whole fish special. And desserts sound great too, with sea salt and brown butter blondies served with pistachio clotted cream in the mix. And British and Irish cheese, of course.

Drinks-wise, there will be a short cocktail list, including a honey and pear margarita (honey, pear, triple sec, tequila & rosemary) and G & Tea (earl grey tea mixed with gin, cardamom and cinchona bark). And you can book ahead (with the terrace seats left for walk-ins).