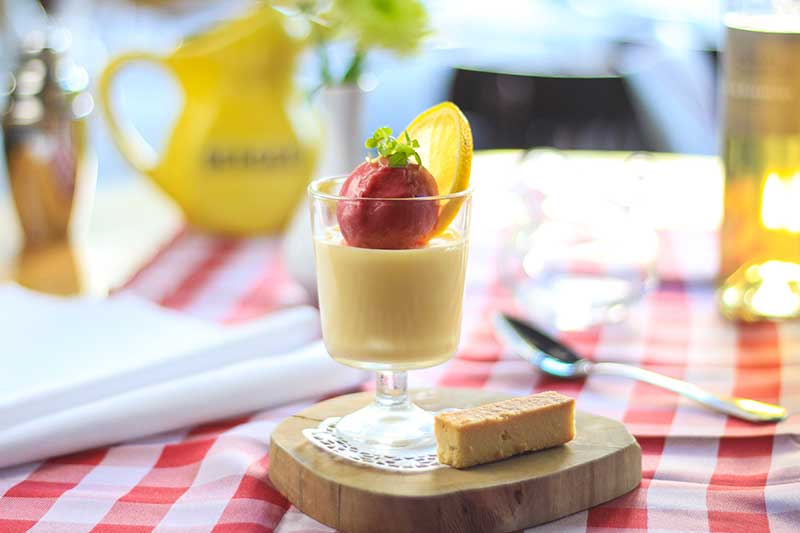 In a nutshell: A Provencal-inspired restaurant in Brook Green from the team behind Joe Allen

Summing it all up: Classic French bistro dishes, wines, coffee, and pastries will be the order of the day at this revamped neighbourhood spot.

Having opened the British brasserie Mustard in Brook Green in 2016, the team behind Joe Allen are changing direction by relaunching it as Le Petit Citron in November. Lawerence Hartley, has joined forces with his wife Emily to create a new concept inspired by 'long summers spent with family in the French countryside’.

What this translates to is a menu of classic hearty French fare such as Onglet steak frites with a pastis, garlic and herb butter and also Lemon and garlic poussin with French beans, persillade and pine nuts. For pescatarians, options will include tuna carpaccio Niçoise and Rustic Mediterranean fish soup with gruyère and rouille.

There’s going to be a weekend brunch menu too, which (naturally) features plenty of pastries, plus waffles with maple syrup and cinnamon sugar, juices, and coffee.

On the drinks side, classic french aperitifs will be the focus, including Lillet martinis, cassis and lavender gin and tonics, and Kir Framboise.

Mustard will remain open until the end of October before closing for a few days and relaunching as Le Petit Citron, so it will be interesting to see how the new concept goes down with the locals.