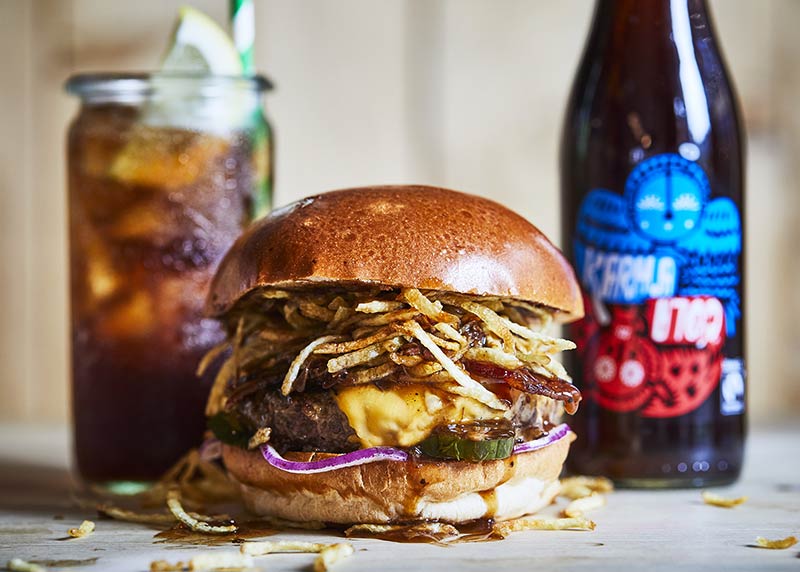 It's nearly time for a new special collaboration at Honest Burgers, who have had some pretty impressive specials in the past, including team-ups with Kricket, Carl Clarke, The Cheese Truck and more.

It's £12.50, including their rosemary salted chips, and every Good Karma burger and Karma Cola sold will raise money for the Karma Cola Foundation that supports the cola nut growers, farmers and their families in Sierra Leone. As ever - it's only available for a limited time.

More about The Good Karma

Where is it available? At all Honest Burgers.