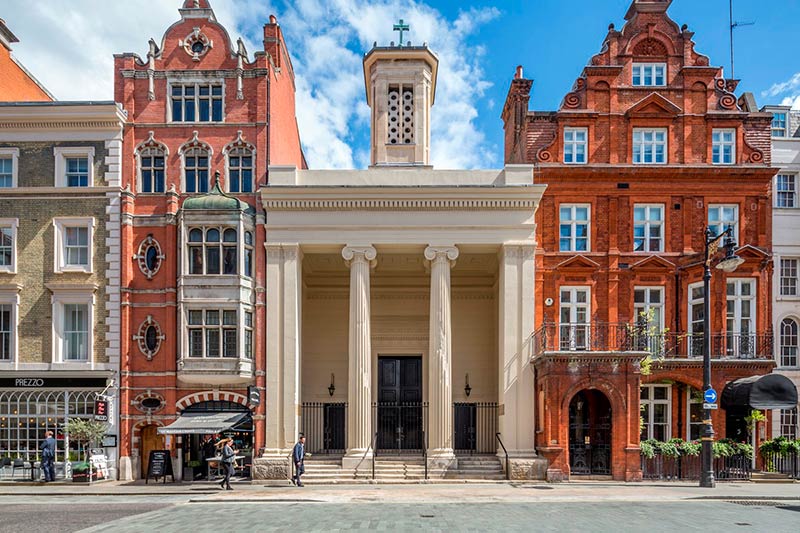 We'll be honest with you, it's been over a year since we first announced details of Mercato Mayfair - the second market from the folk behind Mercato Metropolitano. Since then things had gone so quiet that we honestly thought the deal had fallen through. But it turns out they've just been working quietly on their makeover of the Grade I listed St Mark's (just off Oxford Street) into a swanky new food hall. And it all opened very under the radar last week.

Although it might sound Italian, the food and drink at Mercato Mayfair will come from all over the world – with bao buns, sushi, pizza, pasta, kebabs and more. They're hot on sustainability too with single-use plastic and industrial or highly processed products all banned. 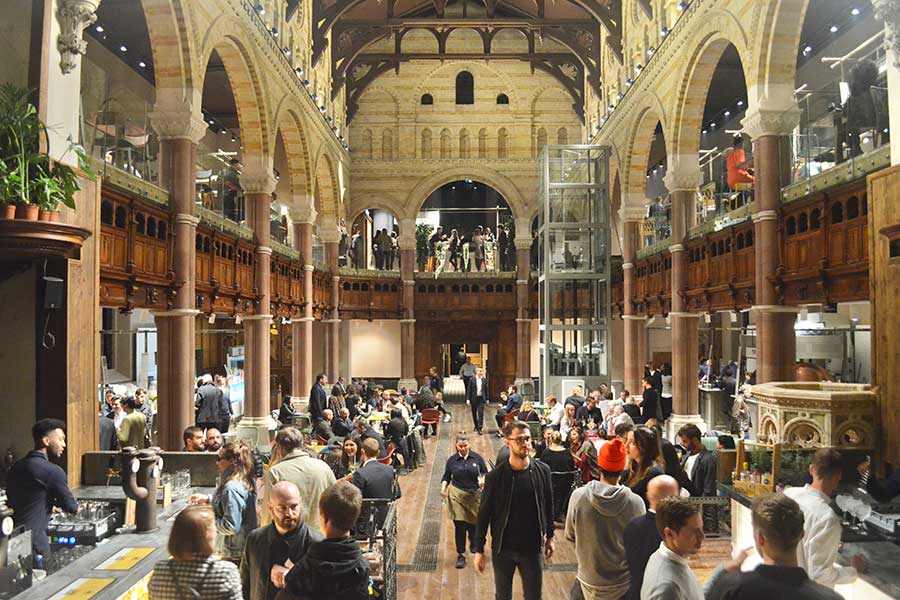 The space is split across four floors. In the basement there's a wine bar and micro-brewery. On the ground floor you'll find two bars on the altar along with traders selling pasta, gelato, sushi and pizza and an affordable grocery store selling seasonal produce. In the gallery there are more restaurants and up on the rooftop there's an outside terrace. 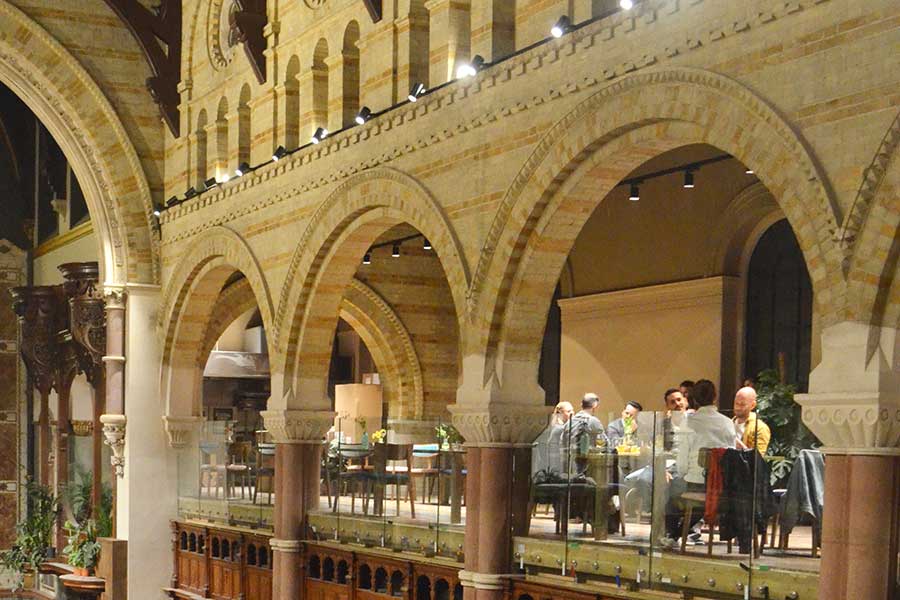