Usain Bolt is opening his Tracks and Records restaurant in London 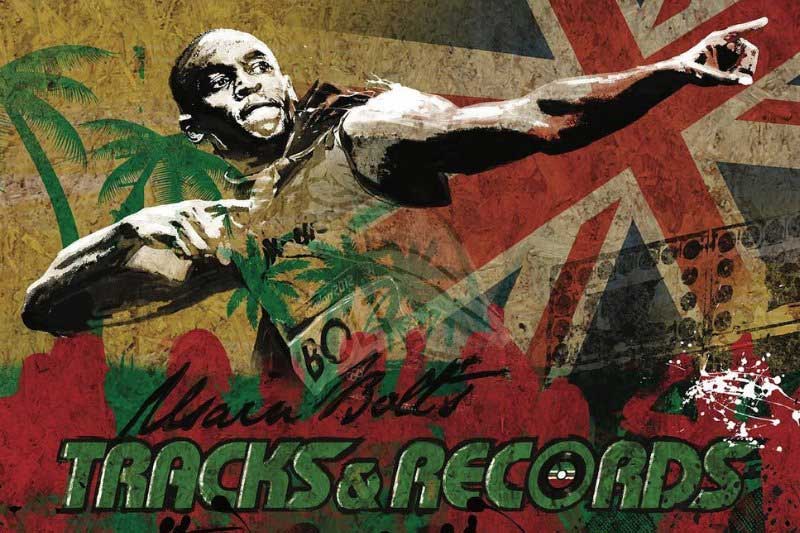 What: Tracks and Records

In a nutshell: Usain Bolt is running a restaurant

Summing it all up: Usain Bolt may have retired from professional athletics, but that means he's spending more time on his businesses. And one of them is his own restaurant Tracks and Records. He's launching the first one outside of Jamaica in London - expect lots of Jamaican food on the menu (and a lot of rum too). 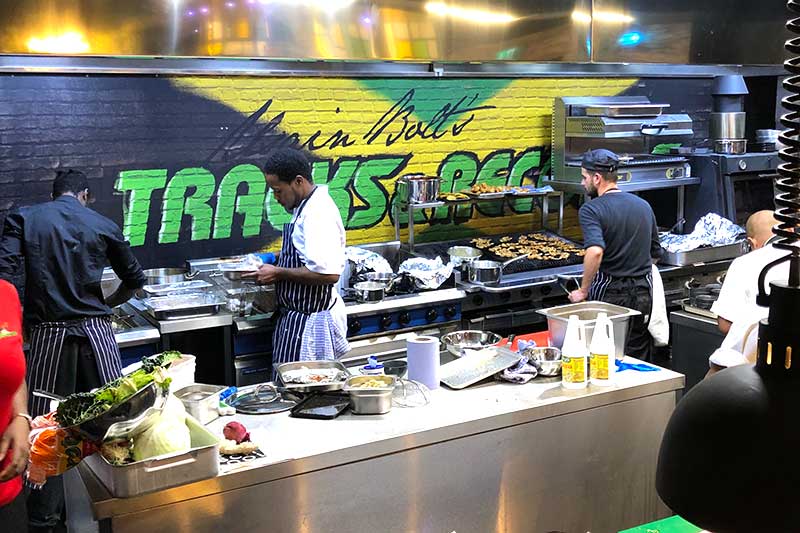 Yes, you read that right, Usain Bolt is bringing a restaurant to London (cue lots of comments about fast food). But it's not his first foray into food, as this is the fourth Tracks and Records - he's already opened three of them in Jamaica.

It's taking over the spot that's been left by Wringer and Mangle and it's going to be a mix of basement bar and ground floor restaurant. Taking that restaurant first, jerk chicken and pork will be staples, while he's also bringing over his Island Nachos. Those are described as "Crispy green plantain chips layered with BBQ jerk pork sausage, roast corn salsa, pepper jack cheese and topped with herbs, scotch bonnet oil and chipotle drizzle served with creamy cilantro dipping sauce." So expect those to be a bit full-on.

On the menu you'll find a mix of snacks, salads, burgers, jerk dishes, pasta, crockpot, pizza, surf and turf and sandwiches including:

And downstairs in the bar, they'll have cocktails like the Rum Runner (Usain Style) featuring Hampden Estate overproof rum, Wray & Nephew overproof rum, Real McCoy 5 year old rum, fresh orange juice, pineapple juice, blackberry puree, banana puree and fresh lime juice (phew). There'll be 150 rums on offer (with 100 of those coming from Jamaica) - you can check out the full bar menu here - as well as a dance floor and a chill out area. All that and LOTS of Usain Bolt memorabilia. And maybe the man himself will pop in from time to time.

Click on the image below to see the full menu 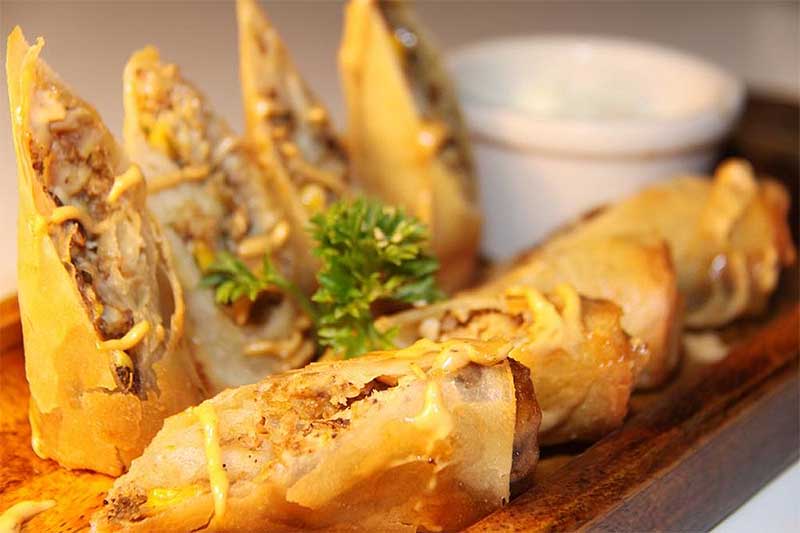 More about Tracks and Records