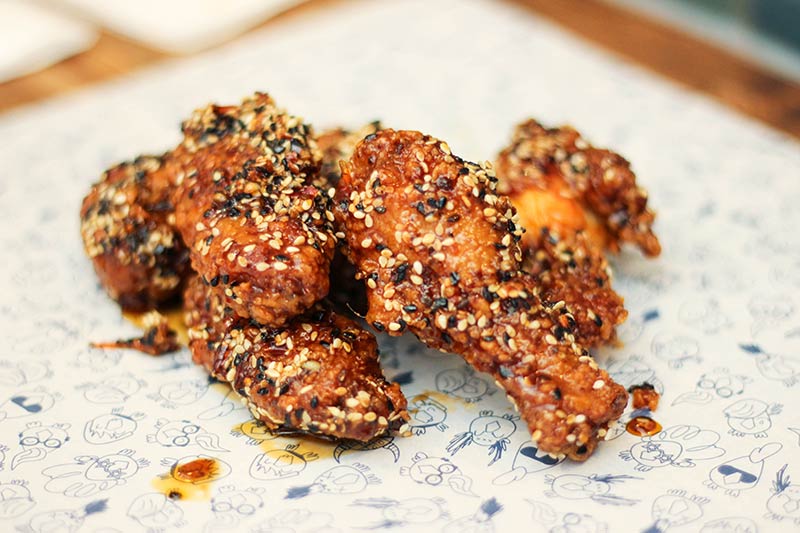 It's been no secret that we're rather obsessed with Chick N Sours' Szechuan Aubergine (as you can see here). So we're immediately interested when we hear they're carrying on the theme at CHIK'N.

This time they're also influenced by the mighty Rick and Morty cartoon - which was responsible for bringing McDonald's Szechuan dip (originally released to coincide with Mulan as anyone who watches the show will know - if you don't, stop what you're doing and start bingeing on Netflix now). But as CHIK'N says...

However, the dirty secret was that the sauce wasn’t as good as we could make it. We already have an incredible Szechuan sauce that we use for our iconic Szechuan Aubergine at Chick ‘n Sours, so we had the simple but genius idea to add this to our wings and create Szechuan Wings that were worthy of the hype and knocked the McDs sauce out the park, using better ingredients and packing even more of a flavour bomb than the Arches could ever hope to achieve

They'll be on sale as a limited edition at CHIK'N so get down there from 25 September to get your fix.