Asma Khan talks about her episode on Netflix's Chef's Table 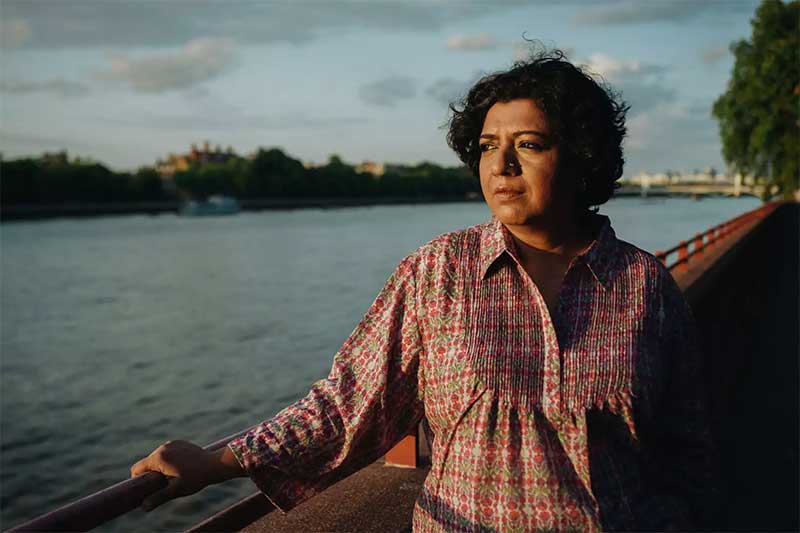 We've known for quite a while that London's very own Asma Khan was going to be the star of the upcoming Netflix TV series but were sworn to secrecy until Netflix deemed it time to go live with the info. And, honestly, we just couldn't be more pleased. Asma's rise to star restaurateur and chef status hasn't been an easy one, as she tells us below, but it's most definitely been an inspirational one.

If you haven't watched Chef's Table and are wondering why all the hullaballoo about a documentary series on chefs, then know this: mere hours after the news went live that Asma would be in Series 6, a gaggle of LA hairdressers turned up at her Soho restaurant. They'd seen online that she was going to be on Chef's Table and were already making their pilgrimage there. If you haven't been already - better get in before the series airs next spring.

We caught up with Asma yesterday - "I'm in the middle of nowhere, totally lost so yes it's a good time to talk" - to find out how the law student turned restaurateur ended up in the company of chefs like Albert Adria and Dario Cecchini on what's probably the influential foodie programme right now in the world.

As Khan explains, she was approached at the end of April with an email from Los Angeles. Not having her glasses on she figured she'd misread the call to be on the programme, "I thought this kind of thing doesn't happen to people like me". Turns out that the producers had read a lot about Asma and when Asma spoke to series director Brian McGinn she understood that "it wasn't just the restaurant, he knew the politics of what mattered to me. How hard it is to be a woman in hospitality, and that there is a different level of difficulty for women of colour."

Lying to mum and dad

When the Chef's Table team told Asma that they wanted her to tell her own story she told them that to do that they'd need to go to India. More specifically they'd also need to visit her parents' home. Only thing is, Asma didn't want to freak her parents out.

"Theirs is a very old house - everything's just holding together and I was very nervous, so I lied and told my parents I'd just be coming with two people and it was for a small cable TV company." So not a production crew of 12 for a TV show produced by a network with 125 million subscribers, then? But the game was up when an advance researcher turned up at the house and told Asma's parents the truth. "I was in a meeting and came out and I had 18 missed calls from my father."

"The sweetest thing is that afternoon my Dad went out and bought a smart TV. They called and told me, 'we got a really big TV - the biggest in the shop. We told him, my daughter's going on to be on Netflix so we need to be able to see it."

"You need that validation from your family - it doesn't matter how old you are, or what you've achieved, but praise from your loved ones like siblings and parents matter a lot. Once they'd worked it out, my dad was very proud. But then I had to do a lot of terrorising of my parents so they couldn't tell anybody - I told them I'd be sent to jail in LA if anyone talks about it. Otherwise, they'd have put it up on Facebook!"

"Am I the token brown face?"

Asma will be appearing in Volume 6 of the show and - as we're still waiting for details to be released on who's on Volume 5 - we're presuming she's the first UK-based chef to appear. So why does she think they chose her?

"I asked, 'Am I the token brown face?' but the team at Chef's Table told me they were taking this in a different direction. They said, 'This is our coming of age' and that's reflected in the people they chose. In the first few series they were in a safe zone but now this is a different side - I'm not going to be the odd one out. If you're a woman of colour, you always think it could be tokenism but I realised that wasn't the case when I saw who else they'd filmed."

That said, she does think that as the first UK chef "it's so significant that they picked me, a woman of colour, an immigrant, a Muslim and someone of my age as well. I'm just one face, but it's good they chose an immigrant in this anti-immigrant world of Trump and walls and irresponsible politicians fanning hatred and using race to get votes. I refuse to fall into that. I want to show I'm beyond my colour and my religion, I'm a successful restaurateur."

A story to inspire others 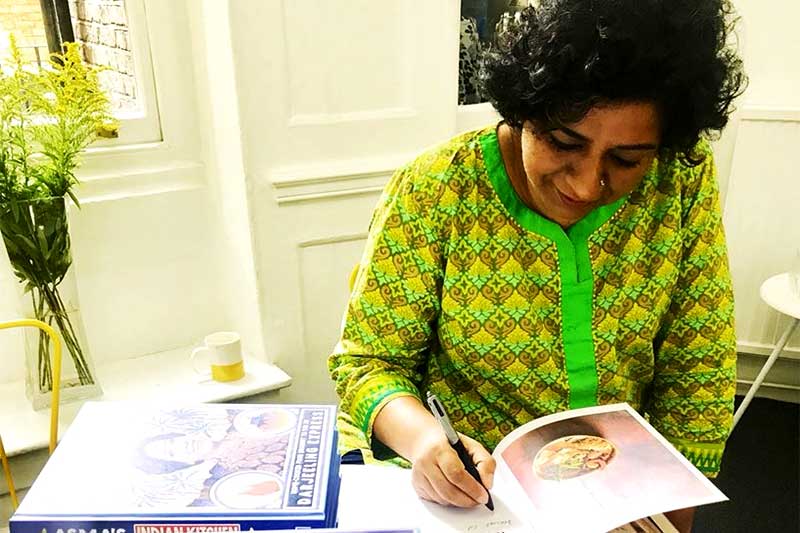 If there is something - other than a packed restaurant night after night - that Asma hopes to get out of her Netflix fame it's the opportunity to inspire others to follow their dream. "This is my second innings," she told us. "So often people come to London and get bogged down by things like paying a mortgage and raising a family and career pressures and haven't been able to make their passion their job. I hope this film shows them what London can offer. I'm so grateful to this city. This city has embraced me and my entire kitchen team of immigrant women and allowed us to put down our roots and grow and now we can give fruit. I want to be the soil for others."

Asma recalls a conversation between her and her father back in the family's orchard in India. When she asked why the trees had been planted with so much space between them he told her; "You have to have faith and imagine it will grow into a big strong tree where you'll need that space." Asma thinks that image is so powerful and it can have real resonance for others. "Women need to think big and visualise that space around them - they need to think that they'll grow big and really stand out. Don't allow people to clog your space." 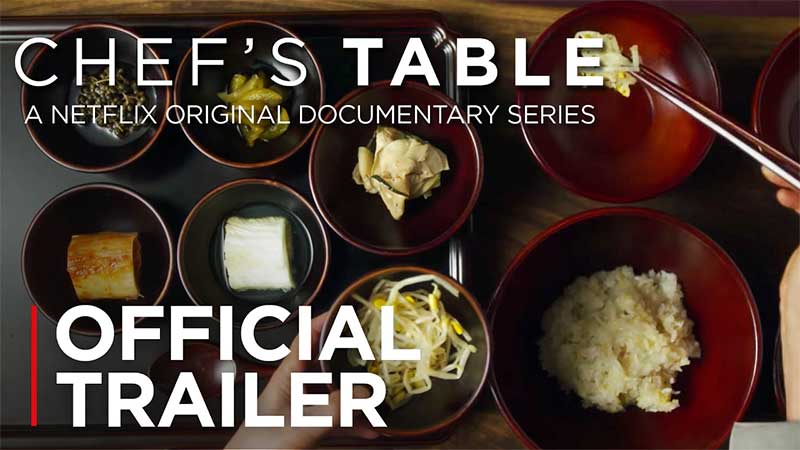 The question now is  - are Asma and her team geared up for the inevitable influx of diners once the show is aired?

"Not at all. We're just going to majorly panic. Yesterday three guys rocked up from Los Angeles because they'd heard we were going to be on Netflix. My jaw dropped. I could see the team thinking 'you are SO unprepared'."

That said, she's grateful for the opportunity it's going to bring. "Especially now with all that's happening in hospitality - it's so tough. Brexit has rocked us to our knees. We can't get the staff, the cost of everything's going up. I'm fortunate that this wonderful thing has happened to me. But I hope that the halo effect will go to all the restaurants around where I am, because they filmed Kingly Court too.

"And I hope that it will highlight the women cooking in London. The London food scene is exciting and there are women doing amazing stuff and that's exciting."

And it's that exciting scene that Chef's Table seems keen to shine a light on. In total, Netflix spent a week filming in London this summer and a week in India. The publicity shot at the top of this piece shows Asma at the Albert Bridge in Chelsea. Even that, she says, shows the respect the filmmakers had for the story she wanted to tell.

When searching for a London backdrop they told her: "We want to show London through your eyes, the places that are significant to you. We don't need to do the London Eye or Buckingham Palace. You are the London we want to show."

Volume 6 of Chef's Table will air on Netflix from 22 February 2019. You can watch it online here.

And you can order Asma's book here and donate to her charity Second Daughters Fund here.