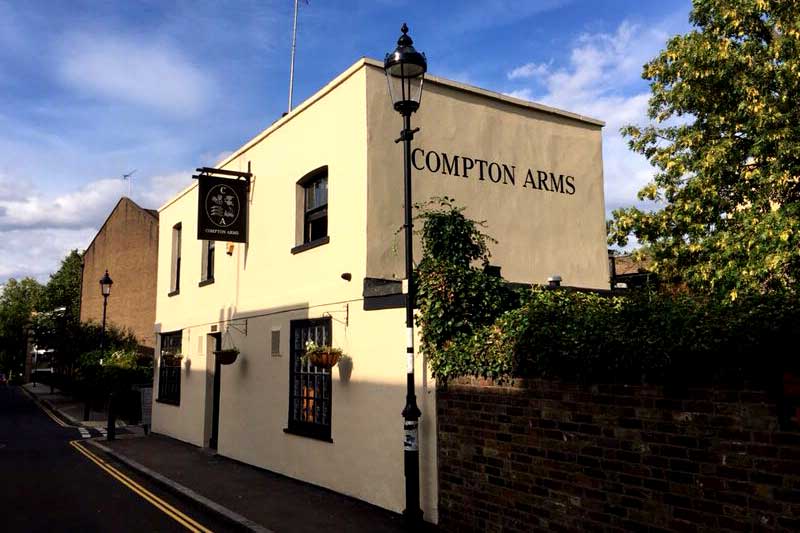 In a nutshell: Orwell's ideal boozer gets a revamp

Summing it all up: The pub that inspired George Orwell's famous Moon Under Water essay has been taken over by the landlord who runs The Gun in Hackney and he's brought in help to serve up some interesting bar food too. 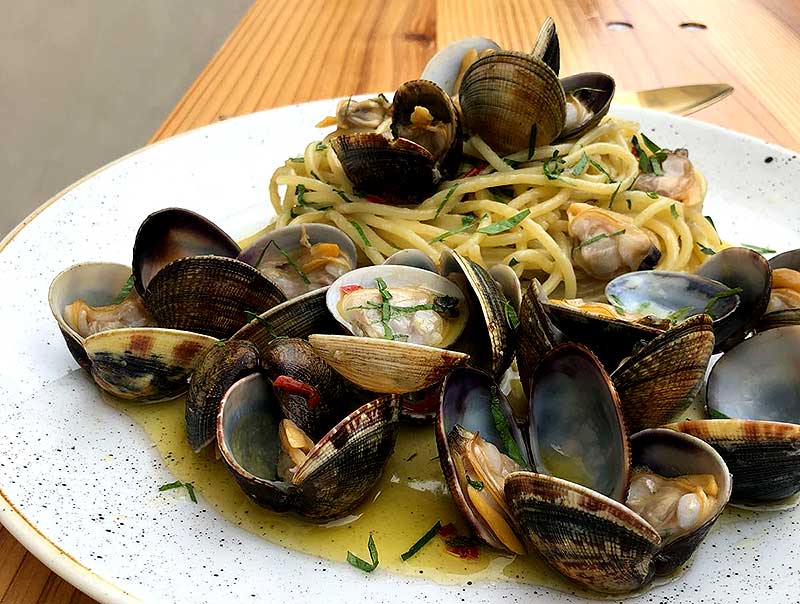 More than 70 years ago, George Orwell wrote an essay on the ideal public house. The Moon Under Water was, he said "only two minutes from a bus stop, but it is on a side-street, and drunks and rowdies never seem to find their way there, even on Saturday nights."

The pub that inspired that essay was The Compton Arms in Islington, and now a new landlord is hoping that his vision of what a London pub should be in 2018 will, at the very least, not have Orwell spinning in his grave.

Nick Stephens, who also owns Hackney pub The Gun in Well Street, took the pub over this summer and gave it, what we'd describe as a gentle makeover. So the spirit of this lovely neighbourhood boozer is still very much there, but it just looks a lot nicer. On tap you'll find all manner of interesting beers - including one lager rebranded Compromise for those who don't fancy the new craft beers - and a decent wine list.

But, of course, what we're mainly interested in is the food and that's being run by the team behind the upmarket City street food van, Schmaltz. And while Orwell's prefect pub didn't serve dinner, they're planning to introduce a super pub menu, what they're describing as "a refined bistro approach to pub classics...We'd like to think of our food as an homage to the best you should be getting in pubs."

Hot Dinners caught up with Schmaltz's Chris D'Sylva who took us through their plans for the menu at the Compton Arms. As he explains, they're gearing it squarely at the local market, making it family friendly but with an eye to serving the crowds this pub always gets on match days, "you should be able to eat here three times a week and not get bored".

To begin with they'll start with two or three dishes a night, rotating them to see what goes down well with locals. Dishes to expect include:

On match days, they'll switch to a street food style menu - serving up food you can eat standing up. They'll put on their version of The Eagle's iconic steak sandwich and they're also working on a sausage sandwich with their own homemade Tuscan fennel sausage. They're also planning an epic Sunday roast too.

No pub worth its salt would be without its bar snacks, and while those are still being worked on, we do know they're planning a homemade Gloucester Old Spot sausage rolls with piccallili and root veg crisps with pico de gallo. 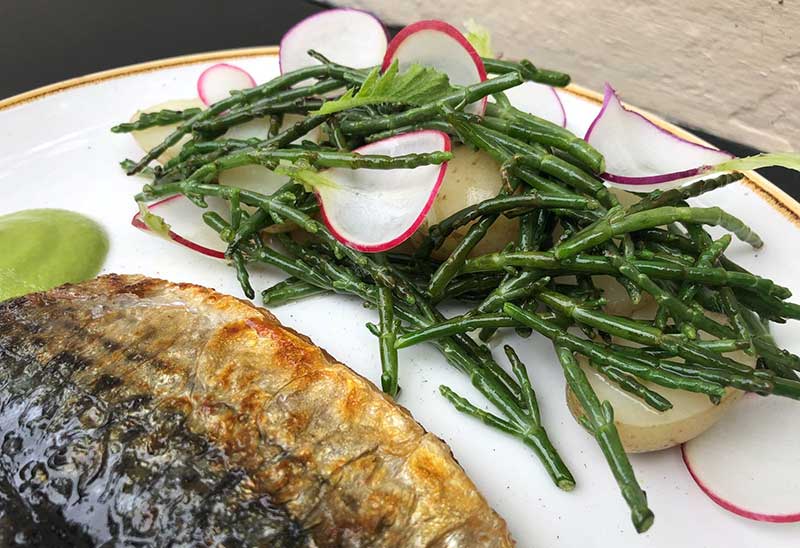