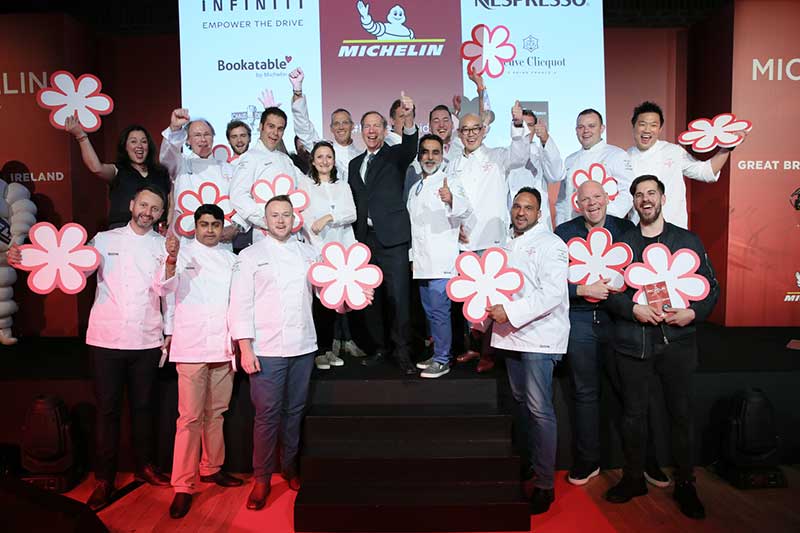 Looks like Michelin are trying to up the ante on how they announce their stars. Now that the World's 50 Best is a week-long affair roaming the globe and there's a new ceremony nipping at its heels in the form of the World Restaurant Awards, they've made some adjustments to the London announcement.

Previously they've held events at places like the Michelin building in South Ken and The Brewery on Chiswell Street with a champagne reception for chefs and the media. But this year for the 2019 Guide release, they're going all out with a red carpet affair at the BFI IMAX cinema in Waterloo which promises to immerse guests "in a multi-sensory experience as the theme of gastronomy and cinema is explored."

As for who might pick up stars this year Rebecca Burr, Director of the MICHELIN Guide Great Britain and Ireland, hinted at changes, saying; "The selection is set to be very strong this year – a real endorsement of the ever-evolving culinary scene of Great Britain and Ireland...We’re proud of the MICHELIN Guide’s rich heritage, but we are also proud that it is more relevant than ever."

As ever we'll cover the event as it happens for you - so put 1 October 2018 in your diaries.

If you liked this: