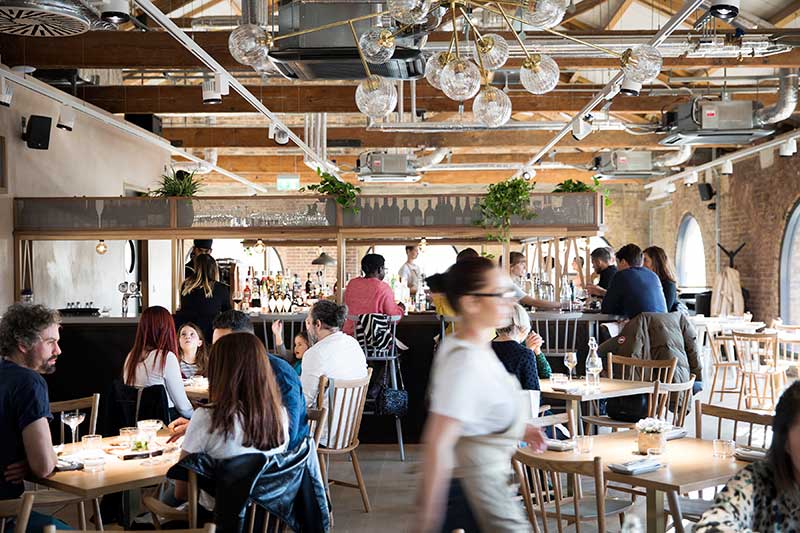 In a nutshell: Design concept store at Coal Drops Yard gets a fab bar and restaurant

Summing it all up: "Very relaxed" is how the former Murano Head Chef Pip Lacey describes her new King's Cross restaurant, which will sit in the top floor of concept store Wolf & Badger with a terrace overlooking Coal Drops Yard.

When Hot Dinners caught up with chef Pip Lacey to talk about her new restaurant, she was buzzing from a recent trip to Seville with fellow chefs Selin Kiazim and Nieves Barragán. In particular, she still couldn't believe the amazing meal she had in the first bar they came across out of the airport. "It was amazing - the grandma was there, making gazpacho. We had an awesome meal, couple of beers. I was saying 'imagine that happening here from Stansted.'"

Well maybe not Stansted, but if Lacey's intentions go according to plan, then you'll certainly be able to do something similar in King's Cross. After months of searching for a site, the former Head Chef of Murano and her business partner Gordy McIntyre have announced they'll be opening their first restaurant at Coal Drops Yard.

The duo, backed by Pip’s mentor and friend, Angela Hartnett, will run the restaurant on the top floor of the new Wolf & Badger store that's opening in King's Cross.

"Me and Gordy used to go clubbing when it was Bagleys," she recalls. "It's an amazing space and the guys [at Wolf & Badger] are very passionate about what they want to do. We were walking around when it was completely empty and we looked at each other and went, 'This could be amazing!' It's not down the back streets by Old Street - it's one of the most sought after locations in London."

While she admits the idea of opening an in-store restaurant and bar wasn't front of mind when they started the search, she reckons the spot suits them perfectly. "We co-designed it with them and that's why it was such a good fit. I wasn't willing to make sacrifices with our concept."

And that concept is, according to their marketing, a restaurant where Pip will use "traditional techniques to create dishes inspired by her travels and driven by her commitment to the very best produce".

Central to that vision was the idea of cooking over fire. "I don't want to do everything over the fire," Lacey expands, "that's not what Hicce is about, but it's going on a lot at the moment. I really enjoy it and it's something I hadn't done that much of with Angela [Hartnett]. But I'm really passionate about it and wanted to do it for our first place.

"There are certain things I want to start over the fire and then pickle - using it as an element. The charcoal that we're using - the holm oak - is another level. It doesn't taste all burnt like BBQ - it's got a sweet flavour to it. I know lots of people have been using barbecues for slow cooking, but I want to do the opposite and use it for quick cooking."

A good example will be the restaurant's lunch menu - designed to be just as enticing for shoppers as local workers. The grill will be used to cook meat or vegetables super fast. "It'll be portioned so it doesn't take long, especially on a really hot grill."

There'll also be a yakitori section. "I don't want people to think it's Japanese," she says, "but yakitori sounds a lot nicer than things on a stick." Expect things like chicken with plums and shitake and also leek and bacon with sherry cream.

Open from lunchtime onwards, the daytime and lunch offering will also feature the opportunity for DIY open sandwich making. Using the rye bread they're making in-house you can pick from a selection of cheese, charcuterie, cured fish and pickles or fermented veg. "So you might combine some Brie de Meaux, jamon and a jar of pickles. And that can be taken away as well."

Dinner will be a completely different menu. We got a sneak peek at the dishes Pip is putting on the menu which include:

With Gordy's background in the pub industry, you can expect the bar here to be worth checking out. They're planning on serving up locally crafted beers and cocktails alongside a wine list of biodynamic and organic wines. It'll seems like it'll be a nice spot just to pop in and have a drink, if you fancy. "We always wanted, in an ideal world, to have a bar section" says Pip. "Where the bar is we'll put high tables. You won't feel like you can't just walk in and have a drink."

"It's going to be very, very relaxed from decor to service," she says, reckoning that the restaurant's terrace overlooking Coal Drops Yard is going to be amazing in the summer. "We have to keep reminding people it's not Murano! It'll be really chilled and a fun place to come." 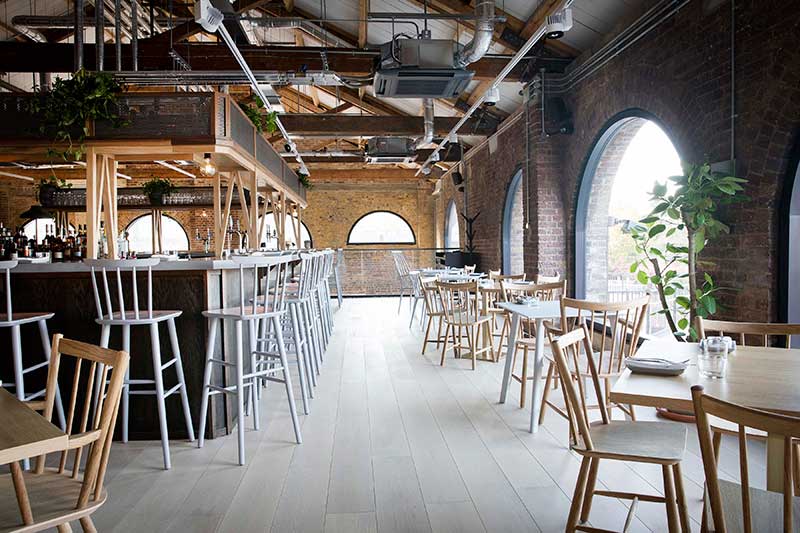 Soft launch offer: Keep an eye on our site for more info closer to the time.