Provisioners is coming to Tower Bridge's new boutique hotel, The Dixon, from the man who launched Riding House Cafe 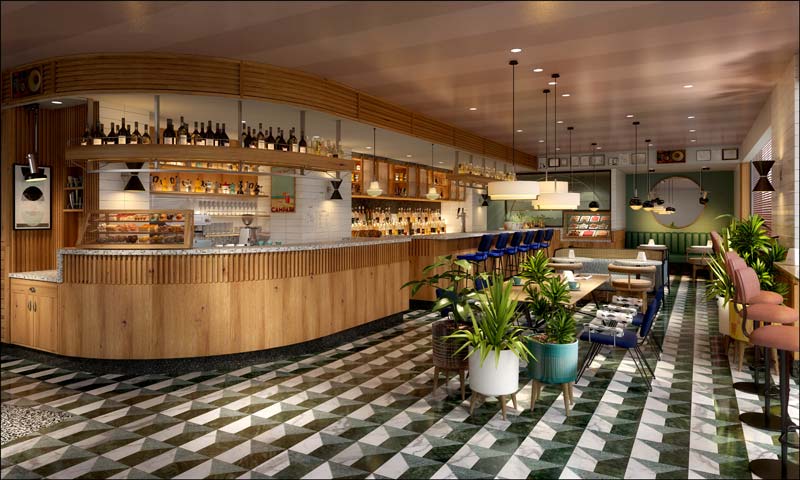 In a nutshell: All day cafe for Tower Bridge

Summing it all up: Having opened Riding House Cafe and now runnning Blixen Clive Watson is well able to put together a lovely all day space so hopes for this new Tower Bridge hotel restaurant/cafe are high.

The Tower Bridge area is getting a new boutique hotel later this year and the food offering sounds particularly noteworthy. The hotel in question is The Dixon, down on Queen Elizabeth Street and the restaurant there, Provisioners, will be run by Clive Watson of Blixen, Lorne and previously of Village East, The Garrison and Riding House Café.

Watson's plans for the restaurant are what you might expect from a hotel spot - it's an all day space offering what he terms "uncomplicated and comforting food". There's a separate but adjoining cafe as well which is going to be more of an Italian vibe. That'll be more of a coffee and cake spot during the day, switching to a wine, aperitivo and charcuterie bar in the evening.

"We’d like to be a bustling hotel and neighbourhood restaurant offering intuitive and natural hospitality tailored to each guest’s needs - we are all different after all," says Watson, adding he hopes folk will "want to eat, drink and hang out here all the time.”

Where is it? 4 Queen Elizabeth Street, London SE1 2LL