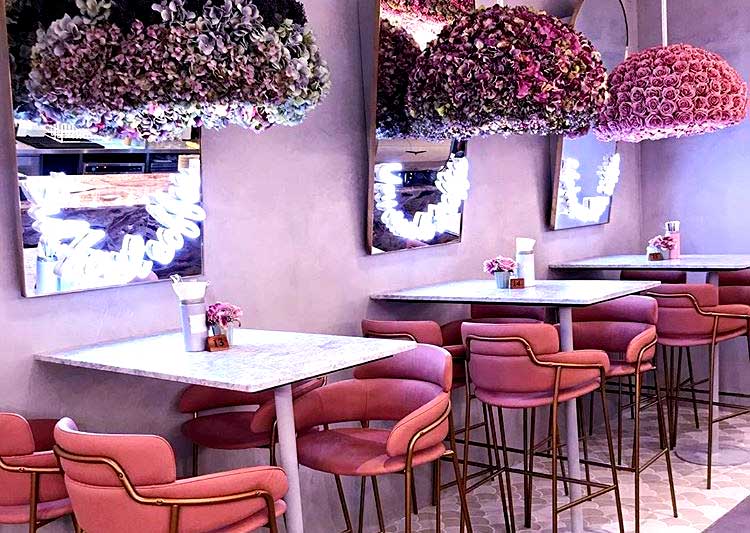 In a nutshell: Instagram heaven with coffee and cakes

Summing it all up: The cafe with the pink wall of flowers is expanding with two new central London openings planned for behind Oxford Circus and in Selfridges.

It's London's most instagrammable cafe by a floral pink country mile - and now Elan Café is planning on two more openings on Oxford Street. They're taking over the old Coppa Club site by Oxford Circus on Market Place AND they're opening up at Selfridges too.

If you haven't been already - I mean do you even LOOK at Instagram? - the key selling point to the cafes on Park Lane and Brompton Road are their hugely instagrammable interiors. There's a wall entirely covered with pink blooms that every influencer in London appears to have taken a picture of themselves against. 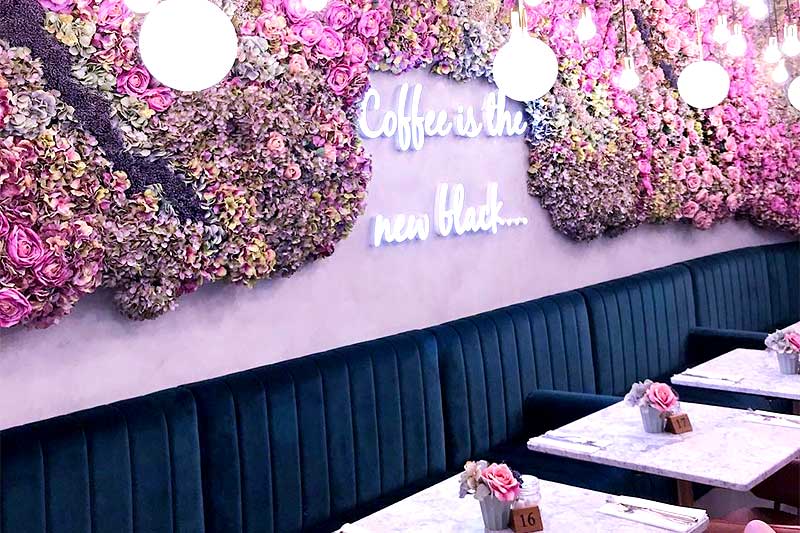 And the food? Well, to some extent it's entirely incidental to the success - but if you do want to know what they actually serve then coffee is at the heart of it. They've partnered up with Union Coffee and you can even buy a range in store of beauty products made from the recycled coffee by-products.

Food wise, breakfast is all acai bowls and avo on toast, but actually their Shashouka with merguez sounds pretty good. There's a super short sarnie menu but the cake list is extensive covering everything from saffron dulce de leche to popcorn blondies and salted caramel caneles.

Obviously anywhere where the coffee cups come with messages like 'Coffee - a liquid hug for your brain' won't be for everyone, but there's no mistaking that these guys not only mean business, but they are doing bloody well.

The space at Market Place is pretty big and at Selfridges they'll have 70 seats in a space overlooking Oxford Street, where Starbucks used to be on the fourth floor. 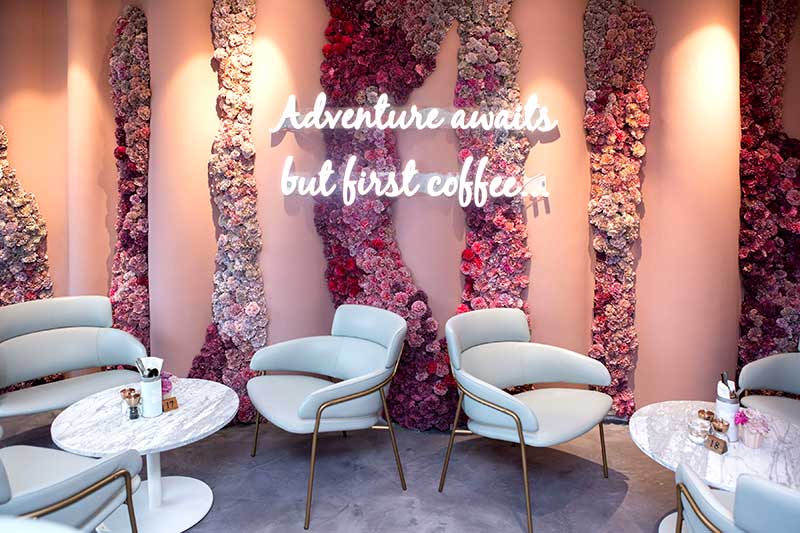 The Elan Café at Selfridges