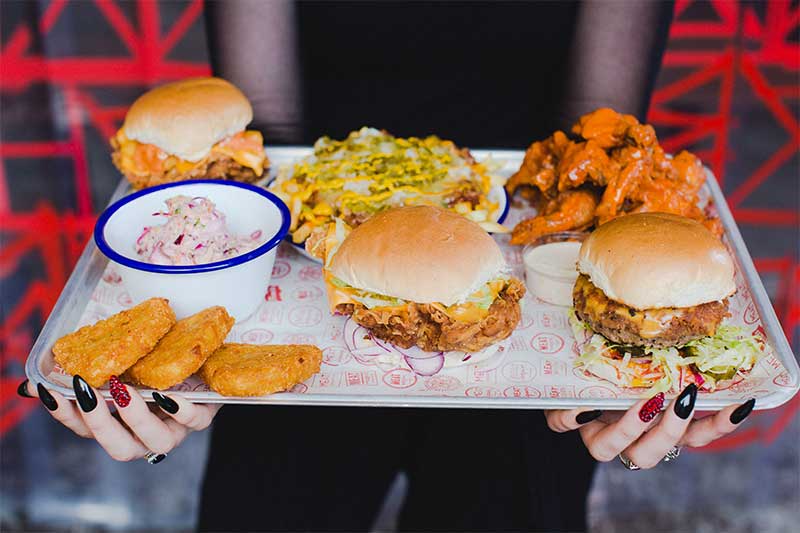 In a nutshell: Popular burger chain heads to Northcote Road

Summing it all up: Opening up right next door to Franco Manca, the burger chain that brought you the Dead Hippie and introduced Londoners to the delights of the Jagermiester ripple ice-cream is bringing its burgers to South London.

Good news for South London burger lovers - MEATliquor are coming your way. In a post on Instagram yesterday they announced they'll be opening their twelfth London restaurant on Battersea's Northcote Road. They'll be taking over the old Fixed restaurant, next door to Franco Manca.

Today Hot Dinners spoke to MEATliquor's Scott Collins. He said they hadn't been thinking of opening a new restaurant, but the opportunity proved too good to resist. He said he'd actually lived in the area 18 years ago and was one of the first to check out the new Gourmet Burger Kitchen at that time - "I never dreamt then that I'd own my own burger restaurants 18 years later."

It's going to be a compact operation, the smallest in the group, but you can expect all the hits here. So that means some of the best cooked-to-order burgers in town, including the Dead Hippie, buffalo wings, their triple burgers and more. As well as all those cocktails too, of course. We do love the House Grog - maybe a little too much.

And they're mindful that there are plenty of families in the area, so much like the East Dulwich MEATliquor, this will be a branch that's welcoming to all. Maybe just don't treat the little one to the triple chili challenge...

When does it open? 8 October 2018. Keep an eye on their Instagram for any launch offers.