Giggling Squid are bringing their Thai tapas to Kingston-upon-Thames 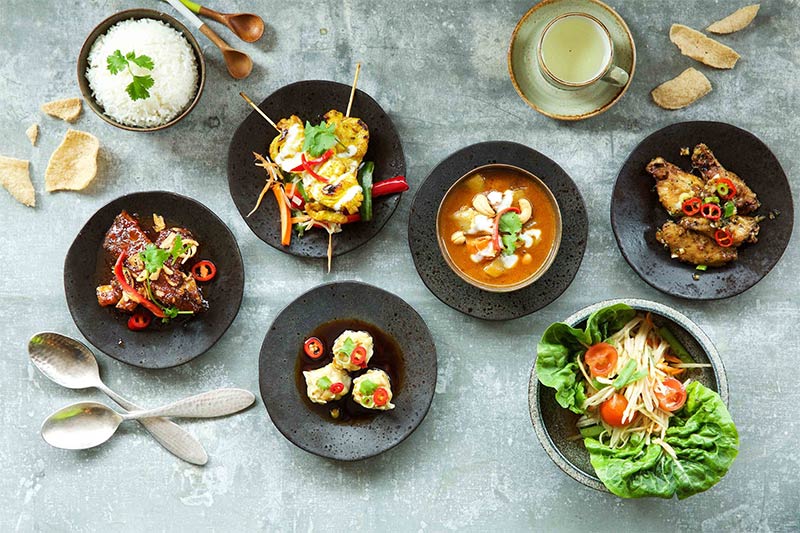 In a nutshell: Thai chain serving tapas, curries and more

Summing it all up: There'll be space for 120 and a similarly large menu packed with curries, salads, rice, noodles and plenty of little tapas plates for you to sample at Giggling Squid's 28th branch.

A little bit of news from Zone 6 today, as Thai-chain Giggling Squid has announced it’ll be laying down its latest set of roots in Kingston-upon-Thames.

It’ll be a big one, with space for 120 inside and a similarly huge plethora of options for us to choose from - including curries, salads, rice, noodles, a separate kid’s menu and a standalone bar with snacks and cocktails.

Thai-style tapas will once again be the name of the game, which happily means you can feel free to sample a very wide selection of their menu, without the risk of overdoing it, including:

If you’d rather keep it simple with ‘One Big Dish’, then you’ll also be able to choose from a selection of Thai-style curries with rice. They'll also be providing takeaway and delivery, so good news if you're a local.

It’ll be Giggling Squid’s 28th venue in the UK, so not exactly their first time at the rodeo - although just their second in London, the other having opened in Wimbledon in 2017.

Where is it? 19 High Street, Kingston-Upon-Thames, London, KT1 1LL