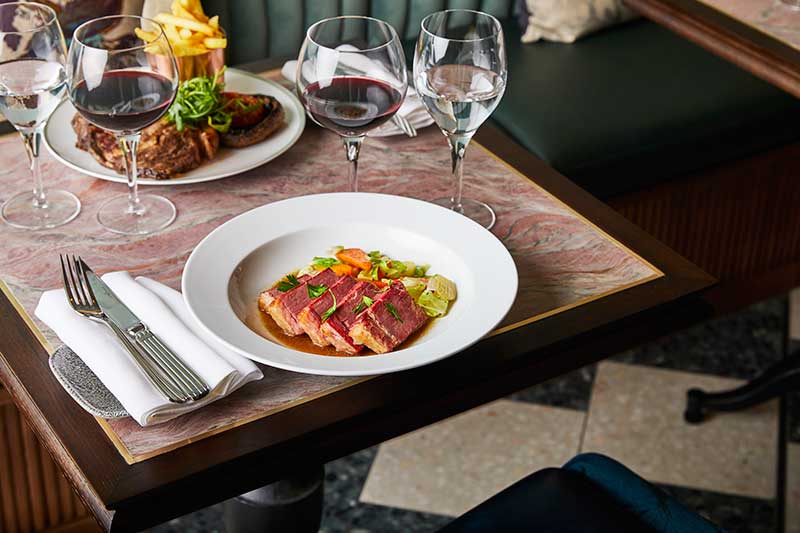 In a nutshell: Kosher all day grand cafe for Belsize Park

Summing it all up: Featuring the former Head Chef of Bob Bob Ricard in the kitchen, North London's new Kosher restaurant is aiming for a European grand cafe style of dining in leafy Belsize Park.

London's Jewish foodies will be heartened to hear that there's a new kosher restaurant on the way. The arrival of Tish in Besize Park this summer, following on the expansion of Zest into Bevis Marks synagogue in the City, marks a turnaround in the fortunes of kosher dining after several closures. The dairy-free restaurant and bar is styling itself as a grand cafe and will be open all day until gone midnight.

The brainchild of property developer David S Levin, Whether you're Jewish or not, it does sound worth checking out, not least when you hear that the Head Chef is John Ellison, previously Head Chef at Bob Bob Ricard and at The Club at the Ivy. They've also brought in a big gun for The General Manager in Yuri Horpinchenko, formerly of Scott’s, J Sheekey, Isabel Mayfair and Casa Cruz.

The fit out sounds like no expense has been spared. The 160 seat restaurant will have a large outside terrace and inside, it's all high ceilings, brass chandeliers and a huge open kitchen topped by a massive copper canopy.

They're promising a mixture of modern classics and seasonal new dishes alongside Jewish heritage favourites.

In practice that means starting out with breakfast dishes like Challah French toast with pear compote and maple syrup or maybe pomegranate and citrus fruit salad with mint and Acacia honey.

During the day dishes will include:

And salt beef. Of course.

For drinks they're promising, in addition to a cocktail menu and freshly squeezed juices, a range of Kosher wines not previously available in the UK.

As you might expect, for a Kosher restaurant, they are observing the Shabbat and offering a Friday night dinner and Saturday Lunch prix-fixe menu that must be booked in advance