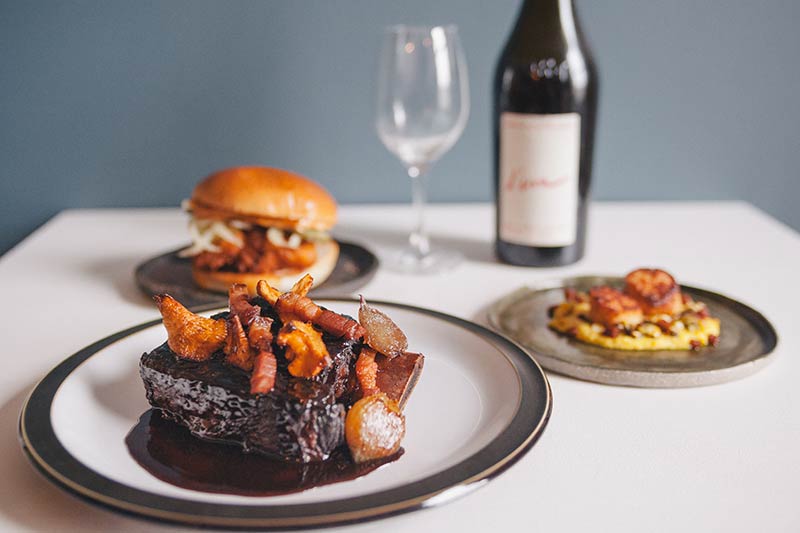 In a nutshell: French/American cuisine in Hackney

Summing it all up: One of the co-founders of Le Bun is carrying on the French/American theme with his latest restaurant, Carte Blanche, in Hackney. Expect southern American comfort cooking with a touch of French cuisine too.

It's been a while since we'd last heard of Le Bun and now we know what one of the founders of the excellent burger pop-up has planned next. He's opening a restaurant in Hackney (taking over the site that used to be Rita's). And as with Le Bun, it's a mix of American and French Cuisine.

There is still a sign of a burger on the menu, but LOTS more besides. Here's a full preview:

Alongside sides that include frites and truffle mac n cheese.

On the drinks side, there will be a natural wine list and cocktails include a "Beurre Noisette Whisky Sour" and a "French Negroni" using Dubonnet instead of Campari (and a small bar space where you'll be able to grab small plates from the menu).

When does it open? 13 July 2018. They'll be giving away 100 free portions of their chicken with caviar from 6pm on opening day.