The Wolseley team are opening Soutine in St John's Wood 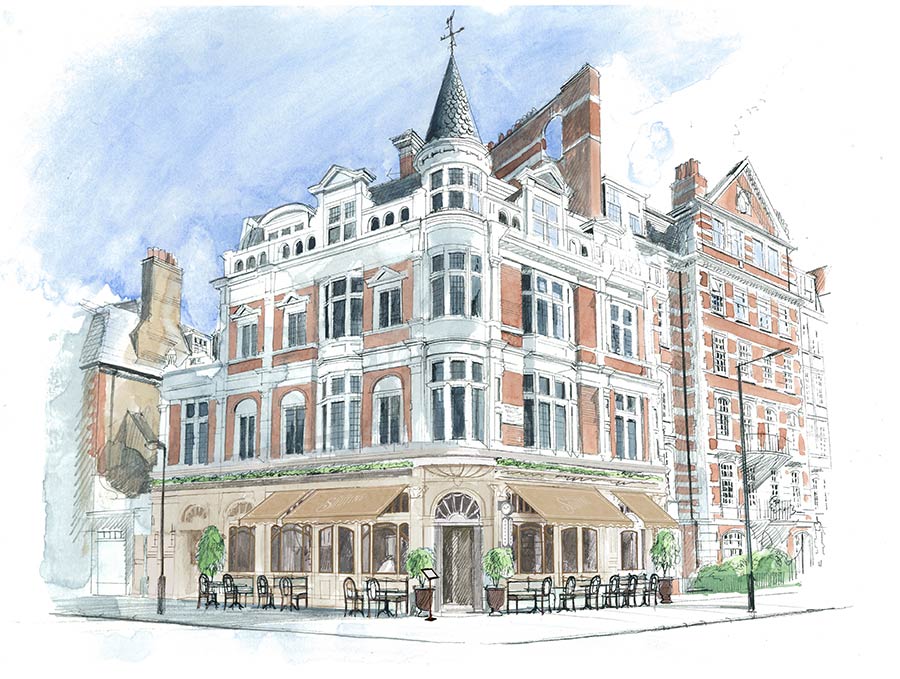 In a nutshell: Corbin and King in St John's Wood

Summing it all up: This is the next restaurant from the team behind The Wolseley, Bellanger, The Delaunay and more. This time it'll be an all-day restaurant serving French food with Russian influences.

They have some big successes behind them with The Wolseley, Delaunay, Brasserie Zedel and more - and now Corbin and King are opening their latest in St John's Wood, called Soutine.

As ever with Corbin and King restaurants, details are kept under wraps until close to launch - and so that's the case with Soutine. But email updates from Jeremy King have slowly provided us with much more info. For instance, we know that is is "perhaps reminiscent of both Colbert & Fischer’s but entirely individual and a bespoke creation for St John’s Wood – rather than any replication."

In a further missive, we discovered the name of the restaurant and its look and feel, Jeremy writes:

"And why ‘Soutine’? Well in creating a restaurant for St John’s Wood it was important to look at the area and its history.  St John’s Wood has always been the home to many artists - from Landseer, Alma-Tadema & Tissot through to Nevinson, Craxton, Minto & Freud – not forgetting the all-important Calderon.  Now his particular importance stems from him being the founder of St John’s Wood Art School in 1878 which was notable because it embraced Female Artists at a time when it was not generally accepted that a woman would ever chose art as an activity outside the home, let alone as a career. This led to the ‘St John’s Wood Clique’ of artists in 1910 and I must admit I could imagine them going to Soutine… if it had existed." 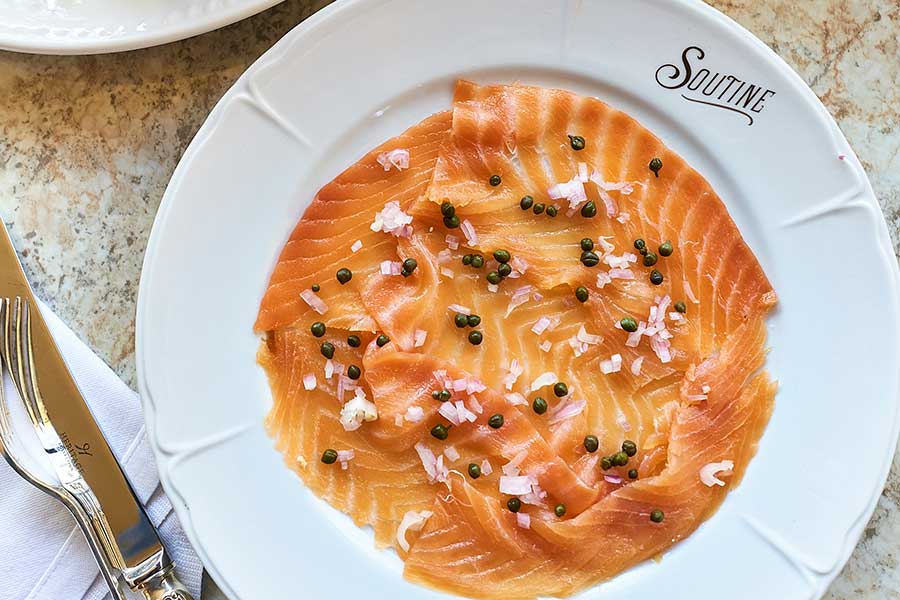 That influence can be seen in the restaurants with vistas of the local area painted on the walls, and murals throughout. It's also of two parts - the front room is an all-day dining cafe (with a bar counter seating 15), with the more traditional restaurant at the back.

And finally the food - French, with the occasional Russian influence in honour of the restaurant name. It's an all-day restaurant headed up by manager Daniel Craig (he opened Colbert before taking over The Wolseley) and with head chef Maciej Banas in the kitchen (formerly Fischer's).