As Ellory Closes, the same team open Leroy in Shoreditch 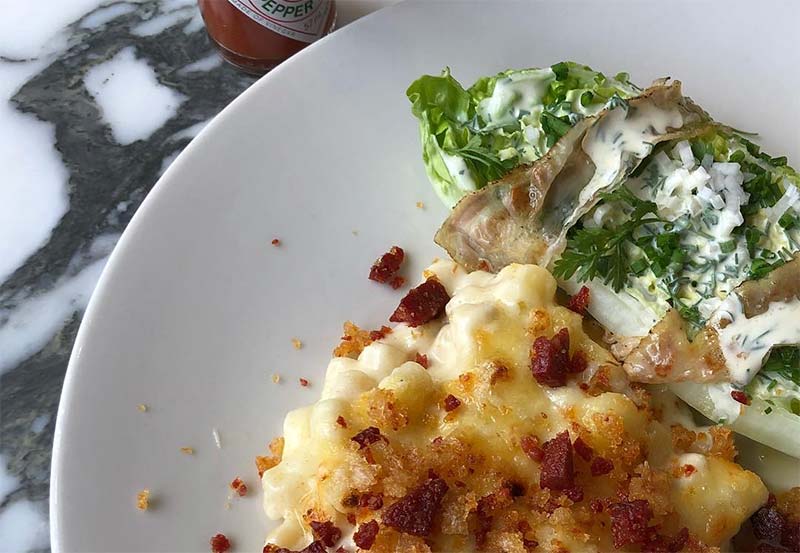 In a nutshell: Casual dining from the Ellory folks

Summing it all up: Small plates, sharers and snacks as the team from Michelin-starred Hackney restaurant Ellory up sticks and head to Shoreditch for a new, more laid back venture that will feature their own Vermouth.

Sad news for fans of Hackney’s Michelin-starred British bistro Ellory, which has announced that it’ll be closing its doors for the last time this March. However, the news has a seriously silver lining, which is that is that the owners will be opening their new Shoreditch restaurant Leroy.

The new restaurant will be more of a “buzzy, fun, Parisian bistro”, in contrast to the serious, elegant dining offered by its predecessor. “We’re quite a different beast now from when we opened [Ellory]," said owner Ed Thaw.

But don’t expect a total overhaul, as they’ll be using the same kitchen and front of house team we’ve grown accustomed to, “so there will be a lot that stays the same even if there is a lot that changes,” he added.

The menu is far from nailed down yet (the image above is a mac & cheese from a recent Ellory menu), but it’s definitely veering towards the casual end of the scale, with snacks and small plates earning a mention at this early stage, as well as sharing cuts of meat and fish for larger parties, and more focus on shellfish.

“Unlike Ellory there will be no set menu in the evening,” Ed said. “For us this is about Sam [Kamienko, the head chef at Ellory] going back to his time cooking at Le Verre Volé in Paris, and for us to have more fun on the wines with a bigger list and some of our favourite wines from outside of Europe.”

It certainly does look like they’ll be having plenty of fun on the wine front. Not only will they be making their own house Vermouth and Amaro, but also providing wine from their Italy-based wine project, Vigneti Tardis. Oh, and, “Apero will be a thing.”

Plus, if you work in the area - it’s just around the corner from the Vice offices, The Curtain hotel and plenty of other buzzy East London spots - they’ll be doing quick, fairly priced workers' lunches.