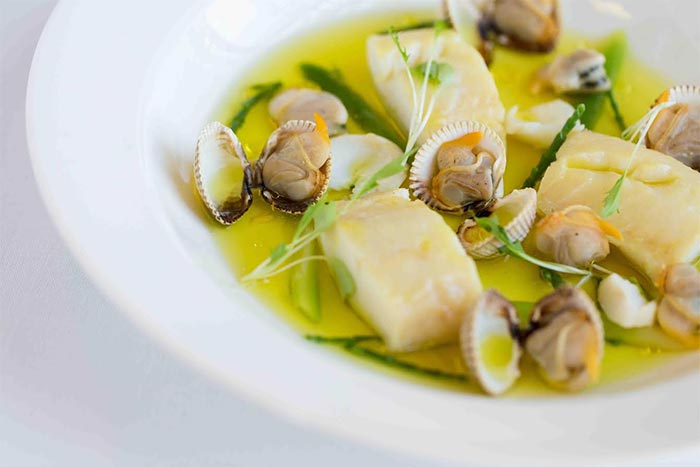 Big changes are coming to Tate Modern next month as the big new 10 storey Switch House building is launched. The huge new building that's been attached to the main gallery also means they're bringing a brand new bar and restaurant to the South Bank.

With these restaurants, The Tate will continue to champion small producers, something it's been doing increasingly in recent years. So Rare Breed Beef and Swaledale Lamb comes from the Yorskhire Dales, Emmetts of Suffolk is producing home-cured hams, fish comes from day boats in Cornwall from the Stevens & Sons fisheries, and there are free-range Yorkshire Wold chickens have been sourced for the rotisserie.

Promised for the menu are:

As for drinks, coffee is roasted at Tate Britain in a WWII Nissen hut and directly sourced from farmers in El Salvador and Brazil, Fourpure in Bermondsey have created the Tate launch beer and there's Tate gin from Sacred. We'll have more info about the restaurants in the run-up to the launch.

The Tate Modern Switch House opens on 17 June 2016. For more on the new building, visit their website.