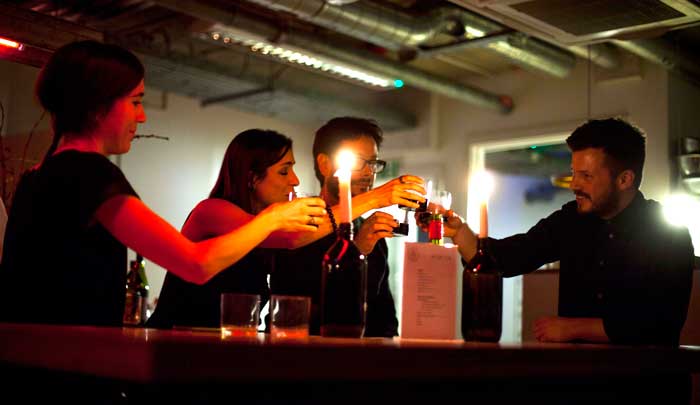 We've had wine and cheese, but how about wine and say cheese? Sorry. That's our rather clumsy way of introducing the concept of a new underground photographic wine bar that's just opened up in East London.

Stop Fix has taken over an underground carpark and is billed as a contemporary wine bar championing new and exciting winemakers from around the world. And they're showcasing that wine alongside rare photography books and exhibitions.

The wine list will focus mainly on two grape varieties each season - for spring, it's Pinot Noir and Riesling. There's also a snack list inspired by the founding members' Northern roots which includes a series of toasted snacks for a tenner - Grimsby salt cod and pickled veg, North East coast smoked salmon and cheese, beef and dripping with horseradish cream, and egg with tomato and basil.

The chaps behind the bar are Brendan Olley who spent 4 years working as Paul A Young’s head chocolatier and Christopher Fields. Both hail from Grimsby but met while studying photography in London.