Santa Maria pizza to open a new restaurant in Chelsea 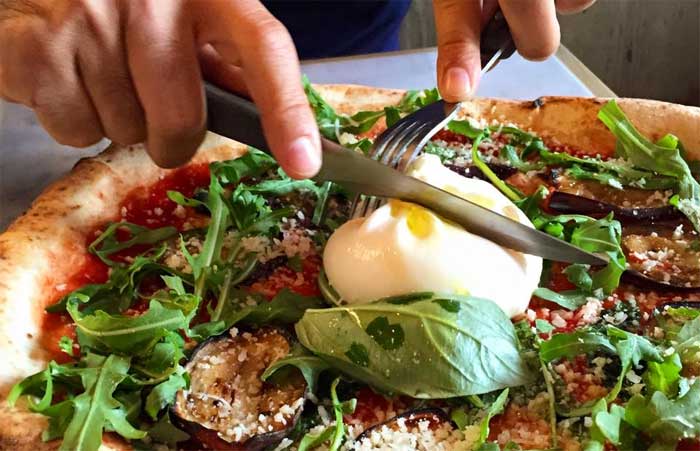 One of London's most highly rated pizzerias has just announced its plans to open a new restaurant. Santa Maria has been wowing pizza lovers in Ealing since they first opened four years ago. "Genuinely excellent pizza," said critic Andy Hayler of his meal there.

Owners are Pasquale Chionchio and Angelo Ambrosio also opened Sacre Cuore over in Kensal Rise in 2012, but their new restaurant in Chelsea will be their second Santa Maria. Nestling between between the King’s Road, Fulham Road, and Stamford Bridge the new restaurant will have room for 60 and will serve up the same pizzas and daily specials as the original - and will have a pizza oven made from bricks made with sand and dust from Mount Vesuvius. On the menu will be specials like stuffed meatballs with ricotta, smoked mozzarella, and nduja and their Aubergine Parmigiana too.

Sounds like it'll be pretty handy for Chelsea fans and they'll also be taking bookings at the new restaurant.