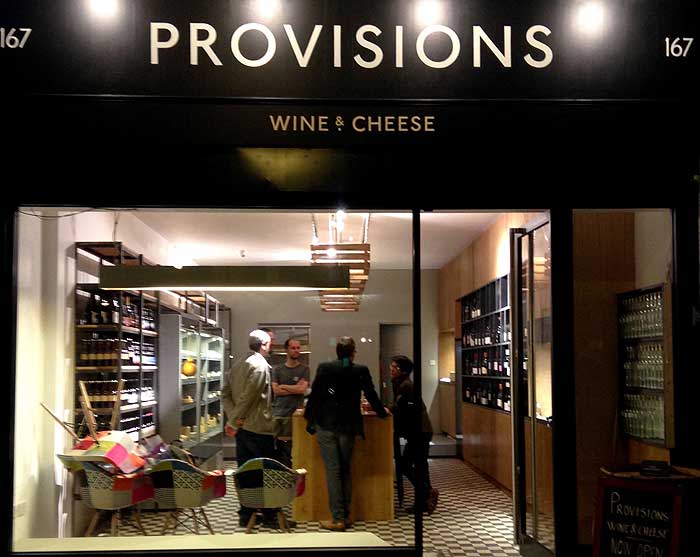 Opening its doors on Holloway Road today is new wine and cheese store Provisions. It's the brainchild of two ex-Borough Wine blokes - Hugo and Ben. "We want to put the producer at the fore and tell their story to people here," Ben told Hot Dinners. "It’s what got us hooked on them in the first place and what we love about working with them."

Expect to find around 100 wines in stock from France and Italy. There'll be a wine refill system where a reusable bottle costs just £6 to refill. A range of around 75 cheeses from small farmers using raw milk will start at £1.50. "We want people to take home as little or as much as they like," says Ben, "so we’ll cut these accordingly. Happy meals will also feature - we’ll put together a bottle, cheese and bread deal for £10-15."

"We’re also offering a selection of craft beers picked by the guys at Clapton Craft, some delicious bread from Lonzo and a choice of jams and chutneys from London Borough of Jam and Newton and Pott.

Even better, once the dust clears they're intending to make room for folk to enjoy a glass of wine in store.

Provisions is now open at 167 Holloway Road, London N7 8LX. Opening hours to begin with are 11-9, except Sundays which will be 11-8. Keep up with their news on Twitter @provisionsldn