Pierre Koffmann protegee to open The Woodford in South Woodford 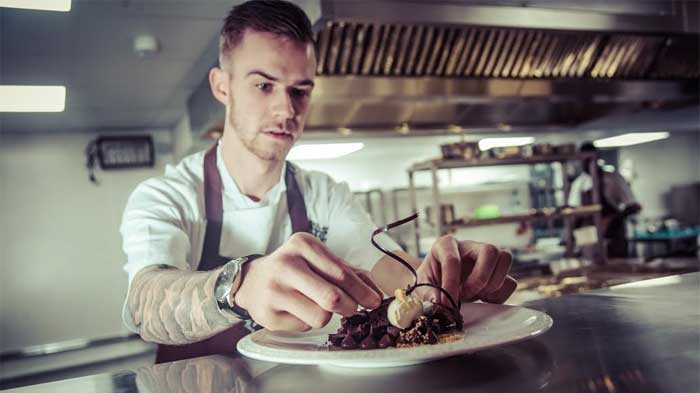 South Woodford is a little further out of town than we usually cover, but news that a Pierre Koffmann protegee is about to open a restaurant there piqued our interest.

The Woodford is the dream project of a former Young National Chef of the Year, 25 year old Ben Murphy. It's his first restaurant but he's being backed by Essex restaurateur Steve Andrews. The Woodford will be a 100-seater restaurant over two floors with its own dedicated oyster and seafood bar.

Ben spent three years working for Koffmann at the Berkeley following that with two years in France at three Michelin-starred restaurants Les Pres d’Eugenie and Epicure at Le Bristol in Paris. Most recently he's worked at The Greenhouse in Mayfair. The restaurant has a very London team too - heading up front of house is William Yarney, formerly of Shangri-La at The Shard and the Berkeley.

The Woodford will open 1 March 2016 at 159 High Road, South Woodford, London E18 2PA. For more, follow them on Twitter @TheWoodford_