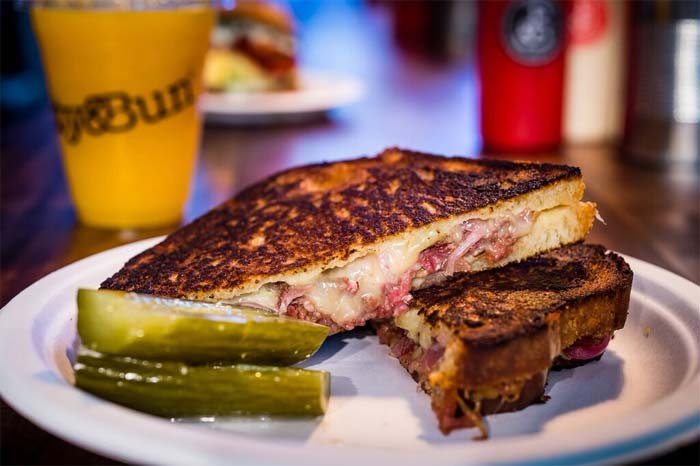 Lots more info about the new opening has been revealed...

A lot of folk were pretty sad to hear of the demise of Soho stalwart The Stockpot. But when you hear that Patty & Bun is taking over the site, that might slightly mollify you. It's also not that much of a surprise - this will be the second Stockpot site they've taken over - if you recall that was what used to be in their first spot on James Street.

Hot Dinners caught up with Patty & Bun's Joe Grossmann to hear their plans for the place. "We're so excited to be opening up in Soho," he told us. "We’ve been looking for a while for the right spot and when the opportunity came about in the former Stockpot site we jumped at the chance! We’re really sorry to see Stockpot go but we’re going to do our best to fill it’s boots as a true Soho gem."

You can expect all the old favourites at the new Soho Patty & Bun, but in addition they'll be adding some new stuff too. "We'll be showcasing some new menu bangers - that we’ve been trialling down at the arch in London Fields - the ‘Patty Melt’ (pictured) is going to be on the menu - mustard aioli, roast field mushrooms, smashed aged beef patty, P&B cheese blend and pickled shallots - all in between some epic Bread Ahead country tin loaf. Expect as well some new naughty sides and a couple of bar snacks."

What's really interesting is the prospect of a Patty & Bun bar. "We’re building a little bar as well," Joe says, "which will have a late license on Thursday to Saturday. We haven’t had the ability to do cocktails or a proper bar offering in the other sites, so can’t wait to showcase some cracking cocktails we’ve been working on."

Patty & Bun will open 22 February 2016 at 18 Old Compton St, London W1D 4TN. Keep up with their news on Twitter @pattyandbundjoe